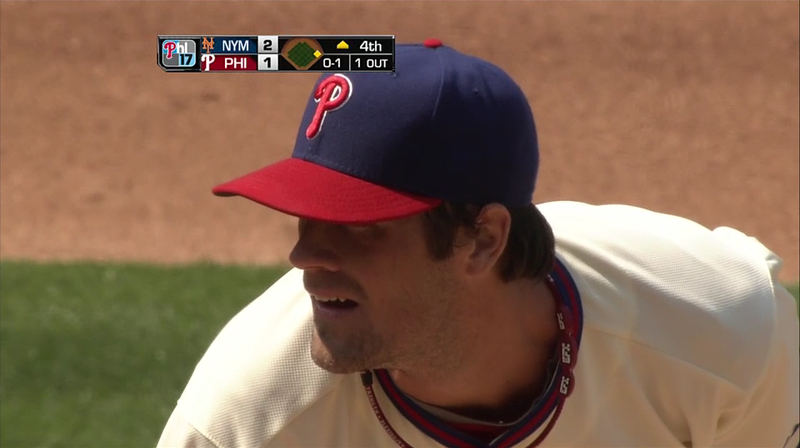 The Phillies have won 12 consecutive games at Petco Park in San Diego. Currently, that is the longest active winning streak for any team at any set ball park. Usually Petco Park is some what of a re-boost period for the Phillies. Coming into a four-game series, the Phillies are hoping to pull their heads out of their rear ends and start playing some good baseball. Last night, Vance Worley was spectacular as he K'd a career-high 11 Padres over seven innings to earn himself his first win of the year.

Tonight, San Diego native Cole Hamels (1-1, 3.65 ERA) will make his third start of the season. In Hamels' last outing, he was superb over seven innings, allowing two earned runs on six hits while striking out a season-high 10 Mets. Hamels is usually known as a late-bloomer, but in his first two starts he has proven to be somewhat successful. Now being it the Padres that Hamels is facing, it is going to be a positive feeling on tonight's game. In his career against his hometown team, Hamels owns a 6-2 record with a 2.88 ERA. Hamels is also successful in Petco Park, posting a 3-1 record with a 1.23 ERA in five career starts.

Let's just hope that there are no Los Angeles Dodgers scouts in attendance tonight.

Opposing Hamels and the Phillies will be Edison Volquez (0-1, 4.24 ERA), who in his last start, was all over the place against the Dodgers. In five innings, Volquez allowed four earned runs on six hits while walking five and striking out two. Volquez lost the game and is still seeking his first win as a Padre. Volquez is no stranger to the Phillies as he has started two games against them. In those two games, the Phillies have not produced well. Volquez holds a 2-0 record with a 0.72 ERA against the Phils.

While the Phillies are 23-4 all-time at Petco Park. Despite Carlos Ruiz being out of the lineup with a minor inury after the plate collision last night, there is nothing that says they won't come out on top. Hopefully the lineup tonight can prove me wrong by putting up more than one or two runs.