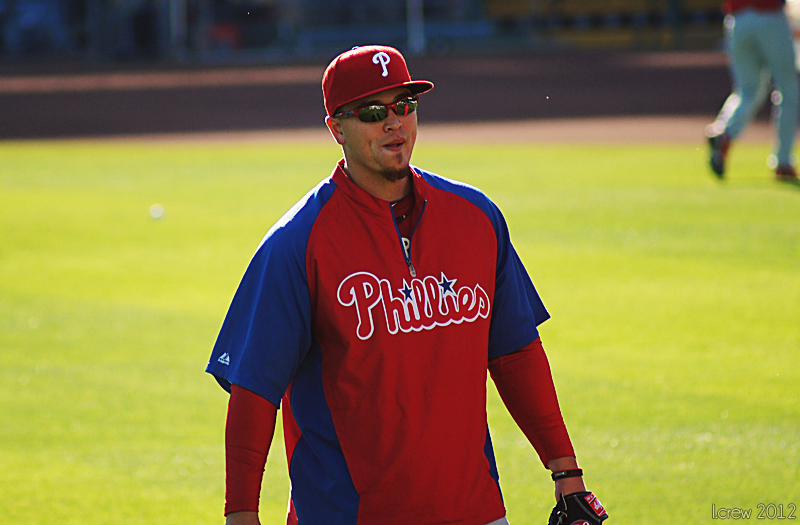 Happy Easter, everybody! I hope the Easter Bunny brought you all of the eggs and chocolates you wanted, but what I want from him is a Phillies win. I know it sounds corny, but hey I have to brighten the mood somehow.

Anyway, today's game is the first series finale of the season and for the Phillies, they have not yet won the series. After winning Thursday's game 1-0, the Phils put up only one more run in last night's 2-1 loss in 10 innings. With the series split 1-1, Vance Worley (2011: 11-3, 3.01 ERA) will get the nod against the cross-state rival Pirates.

The 24 year-old Worley is making his first start as a member of the Opening Day rotation after posting impressive numbers last season. Worley went 1-5 with a 4.50 ERA this Spring despite three spectacular starts to begin with. In Worley's last start back on March 28th, he was shelled by the Twins. Giving up 11 runs, 5 earned, on 11 hits in just four innings, Worley was handed the harsh loss. Worley's future is bright and if he can maintain a healthy and successful season, there's no doubt that he can nail a long contract. In Worley's career against the Pirates, he has a 0-0 record with a 6.00 ERA.

The Pirates will send out James McDonald (2011: 9-9, 4.21 ERA) against the Phillies in an effort to take the series. McDonald has not had a successful anything this year, going 0-2 with a 8.31 ERA in six Spring starts. McDonald is no stranger to the Phillies either. In two career starts (10.1 IP), McDonald is 0-2 with a 6.97 ERA. Hopefully those numbers can inflate today and the Phillies can end up scoring more than one run today.

As for the Phillies' lineup, a few things have changed. Jim Thome and Juan Pierre will start at first base and left field, respectively. Also, Ty Wigginton will make the move over to third base and Brian Schneider will catch for Vance Worley. Hopefully's Charlies  switch up can produce some extra offense. Or the Easter Bunny can pinch hit for a home run. You never know.