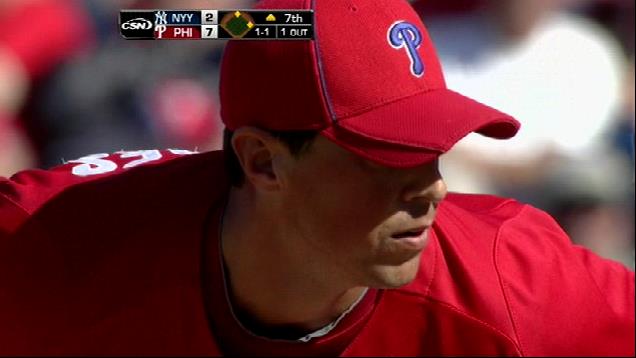 The Phillies lost reliever David Herndon to the disabled list with an elbow issue, so the Phillies caleld up right-hander Brian Sanches.

Yes, Sanches was part of the Phillies first division championship team in this run and part of the team that used a ridiculous 28 pitchers to get through the season, including some of the most storied bullpen names in Phillies history that included:

At AAA Sanches was 1-0 with a 3.21 ERA.  Not spectacular, but I guess the Phillies feel his major league experience will help the club.  Sanches is off a couple of decent seasons for the Marlins.

Can Sanches bring the Phillies offense from 2007 with him?