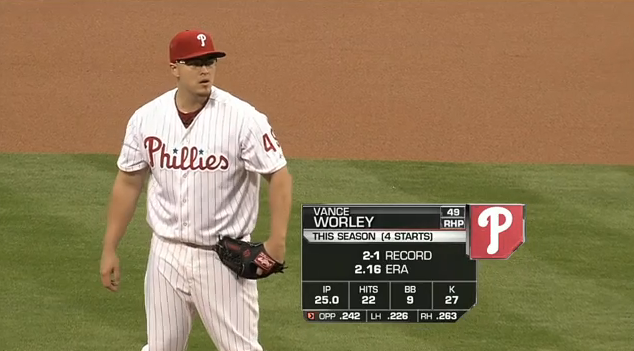 According to MLB's Todd Zolecki, the Phillies have placed RHP Vance Worley (3-2, 3.07 ERA) on the 15-day DL with right elbow inflammation. In Worley's last start, against the Padres on Friday, he tossed six innings allowing 6 hits and three earned runs. Worley took the win in that outing.

In reaction to the move, Kyle Kendrick (0-3, 7.32 ERA) will make the start against the Cubs in Chicago tonight. It is estimated that Worley will miss three starts and Kendrick will fill in for all three of those starts. Kendrick filled in for Cliff Lee when he went on the 15-day DL with an oblique strain earlier this month.

Joe Savery has also been recalled from Triple-A Lehigh Valley and will be with the team tonight.