Chase Utley Could Be Back With Phillies By Early July 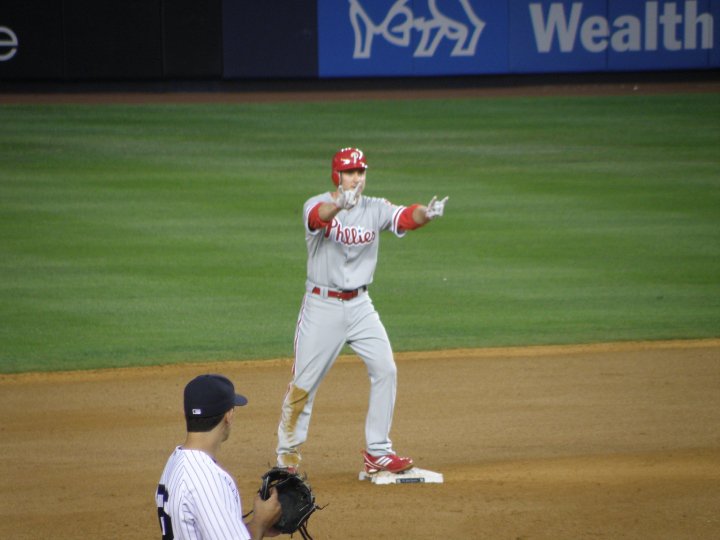 Chase Utley will officially begin his rehab assignment tomorrow. Utley will DH for the Single-A Clearwater Threshers as they take on the Tampa Yankees. Utley most recently arrived in Clearwater and after a week of extended spring training, he seems ready to be put into real game situations.

According to Todd Zolecki, all position players get 20 days to rehab. If Utley can play with no setbacks, he'll be eligible to return to the Phillies by July 2nd. Let's hope three weeks is enough for Utley to regain his skills and strength.

Chase Utley has been on a fast, but steady pace in the last week. It's a good thing he's ready to come back. Freddy Galvis is still awaiting his second opinion on his lower back injury. Galvis was diagnosed with a Pars Fracture by Phillies doctors, but is seeking a second opinion. If the original diagnosis stands, Galvis could be out for as much as 8 weeks.