Chase Utley To Continue His Rehab With Triple-A Lehigh Valley 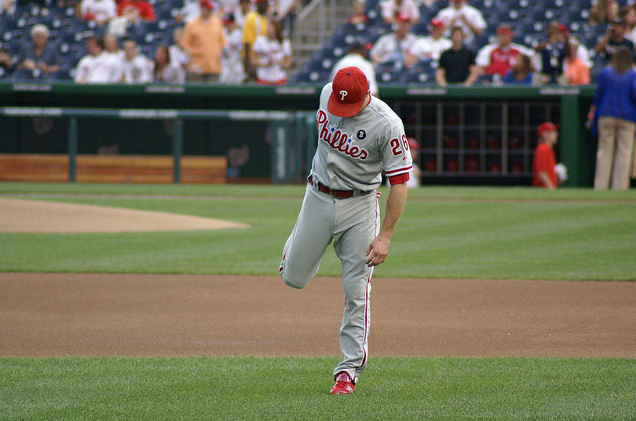 Chase Utley is getting closer and closer to being back with the Phillies.

The Phillies' second baseman, who has been working on a rehab stint with Class-A Clearwater for the past couple of weeks, is coming to Lehigh Valley to continue his rehab. Utley will play second base for the IronPigs on Tuesday night.

In nine games with Class-A Clearwater, Utley went 5-for-32 (.156) with one extra-base hit (a home run), five RBIs, three walks, five strikeouts and one stolen base. Utley played second base in back-to-back games on Friday and Saturday for the first time since October, a huge step in the rehab process.

Utley could play just one game with the IronPigs before re-joining the Phillies at home on Wednesday, like originally reported.

Let's hope that Utley is coming back healthy and not too soon.