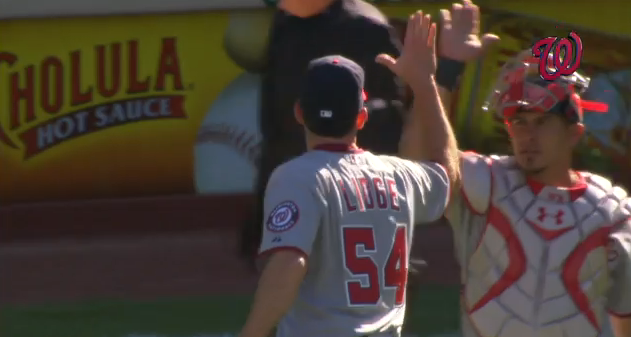 Lidge, 35, signed a one-year $1MM deal with the Nationals in the offseason. In 11 appearances (9 1/3 IP), Lidge is posting an 0-1 record with a 9.86 ERA and only two saves. Lidge was added to back up the Nats' bullpen as a veteran right hander.

Lidge was the man who brought this city a World Series. In 2008, Lidge pulled off an immaculate 41-for-41, a 1.95 ERA, and 92 strikeouts in 62 games. Lidge went 7-for-7 in the postseason. Honestly, Lidge is not what he was four seasons ago. He's injured and can't find his edge.

All of these characteristics could shoo teams away, but I'll take him over Chad Qualls. Qualls scares me, but Lidge should get another chance. The Nationals have ten days to decide whether to conditionally release Lidge or option him to the minor leagues.

If he does get released, keep an eye out.