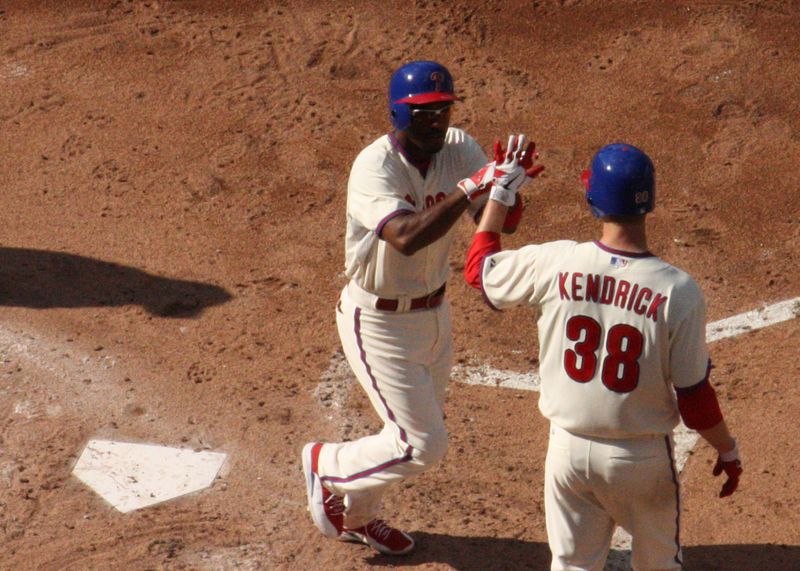 Jimmy Rollins and the Phillies host the Pirates to close out their 10-game homestand. (Philliedelphia/Kevin Durso)

The make-or-break homestand that was to determine where this team stood as June came to a close has not been pretty so far. After winning two of three from the Rockies, the Phillies took the momentum from a magical walk-off off the bat of Jim Thome and crushed by being swept in yesterday's day/night doubleheader with the Rays.

Now, the second-place Pirates are in town, next in line for a Phillies team that has to get it together.

There are three names you should know when it comes to the Pittsburgh Pirates lineup: Andrew McCutchen, Pedro Alvarez and Neil Walker. These are their run producers.

McCutchen will likely be an All-Star this season, leading the Pirates with a .340 average, 13 home runs and 45 RBIs. Alvarez also has 13 home runs and has driven in 35. Walker is next highest on the team with 30 RBIs.

In the opener, Joe Blanton (6-6, 5.04 ERA) goes against Jeff Karstens (0-1, 4.50 ERA) – Blanton took a no-decision in his alst start in a game that the Phillies won on a walk-off against the Rockies. He allowed five runs in seven innings. In his career against the Pirates (five starts), Blanton is 1-1 with a 3.29 ERA.

Karstens is making his first start since April 17 after suffering right shoulder inflammation. He came out of the game after one inning in that start. He allowed one run on five hits in six innings to the Phillies on April 7. In his career against the Phillies (six games, four starts), Karstens is 0-0 with a 3.09 ERA.

Bedard took a no-decision in his last start allowing one run in six innings to the Twins. One of his seven losses was to the Phillies on Opening Day. In his career against the Phillies (four starts), Bedard is 2-1 with a 1.61 ERA.

The Phillies have yet to announce a starter for the third game of the series. The Pirates are starting A.J. Burnett (8-2, 3.24 ERA) – Burnett has pitched well this season, including his last start where he lasted six shutout innings against the Tigers in getting the win. In his career against the Phillies (18 games, 17 starts), Burnett is 5-9 with a 5.13 ERA.

The pitching matchup for the series finale has yet to be announced.

With not a lot of information available on who will be available to pitch for the Phillies on Wednesday and Thursday, here are just a few assumptions. Wednesday will be a bullpen game. Thursday will likely feature Kyle Kendrick, though the Phillies have not announced anything.

Like every other series, the Phillies have a chance to do big things. But the Phillies haven't been able to really break through on a good streak at all this season. The Pirates have been hot of late. It is a recipe for more bad things to come.

Not even the return of Chase Utley will help. The Phillies problem this series is on the mound. They are not the better team in this series. They can try to prove otherwise by winning some of these games.