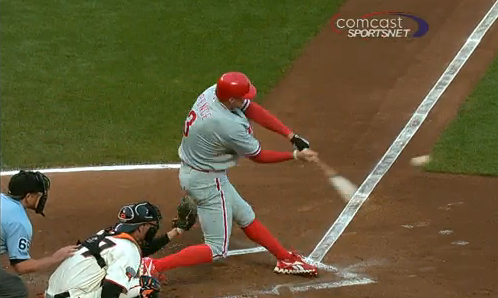 Things are heating up with just about 16 hours left until the trade deadline at 4 PM ET tomorrow afternoon.

According to CBS Sports' Jon Heyman, there is "definitely some juice" between the San Francisco Giants and the Phillies regarding outfielder Hunter Pence.

theres definitely some juice to the pence-to-the-giants talks. SF determined to land a hitter. "could happen,'' says source

While the Giants are heavily interested in Pence, their division rival Dodgers have also chimed in on the Phillies' 29-year-old right fielder. Things are just getting juicy with rumors that the Reds are very interested in Shane Victorino while Joe Blanton's health records have been faxed to the Orioles' doctors.

Don't be surprised if you wake up to news of either of these three players being traded tomorrow morning.