Eagles Flyers Phillies Sixers About Us Write For Us
Now That It's Over- Thinking About the 2013 Phillies
Pregame: Hamels Concludes Great 2012 Campaign in Rubber Match Agaisnt the Fish 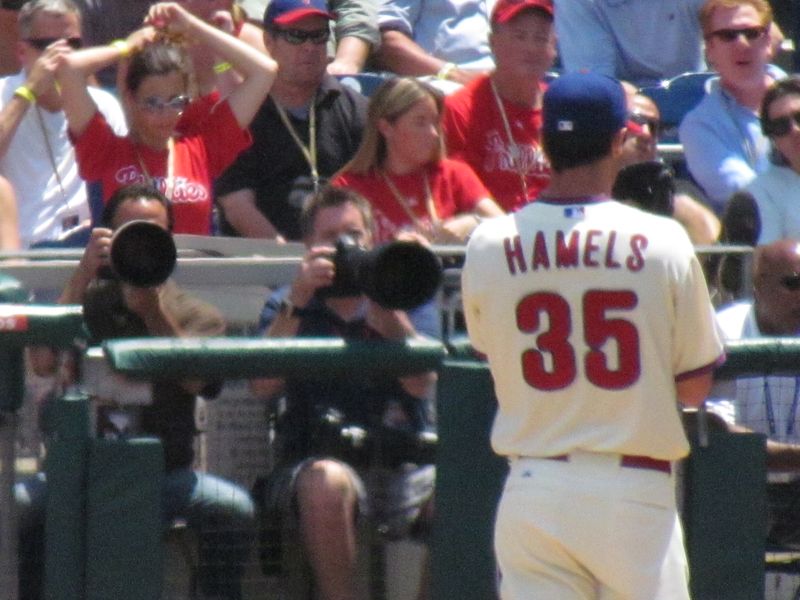 As stated in last night's recap, this is pointless baseball. Nonetheless, it's still fun to watch, and they're still our Philadelphia Phillies. Cole Hamels and Nathan Eovaldi both have a shot at capturing the final series of the 2012 season between their teams. As sharp as Eovaldi has been in his past few starts, Cole Hamels has been a little sharper.

In Hamels' last outing, Cole allowed three earned runs on seven hits scattered throughout five inning against the Nationals. This resulted in his 16th win of the season, a career high for the young lefty. Cole has without a doubt been this year's most consistant starter on the team. This year against Miami, Cole has a 1-3 record with a 3.54 ERA. He has never pitched in the new Miami ballpark, all of his starts against the Marlins this season have come at home. If Cole is backed up by the same offense that showed up in last night's lineup, Cole's final start of the season should result in win number 17.

As for Nathan Eovaldi, his luck against the Phillies hasn't been very good. The 22 year-old has pitched 22 innings total in three games started. He lost all three of those games, and has a 6.43 ERA in that span. However, his past two starts have been very solid. In Atlanta, Eovaldi shut down the Braves in eight innings, allowing just four hits, and no runs. His next start was also against Atlanta, and he pitched a strong six innings, allowing two earned runs on four hits. Eovaldi is looking for just his fifth win of the season this afternoon.

This afternoon's lineup at Miami: