The Deal is Done: N.F.L. Refs are Back This Weekend 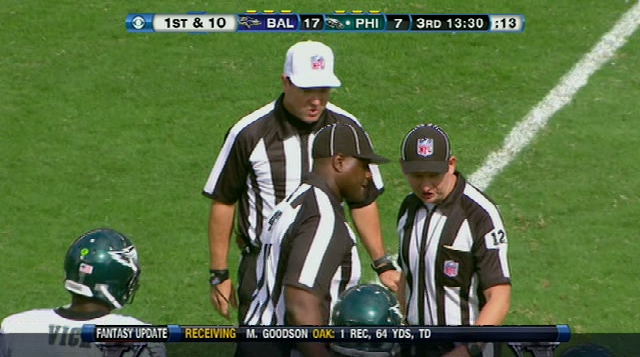 According to CBS Sports; Jason La Canfora, the lockout of the NFL officials is over.   La Canfora reported on Wednesday night:

This is a welcome sigh of reliever for both players, owners, and fans, after the debacle that was the officiating during the first three weeks of the NFL season, cluminating with Monday night's matchup between the Seattle Seahawks and the Green Bay Packers.

The Philadelphia Eagles mostly were affected by delays of the game while the referees tried to figure out plays and spent time delaying the game in order to make simple calls.

The refs are expected to be back for Sunday's games but also may be back in time for Thursday night's matchup between the Cleveland Browns and the Baltimore Ravens.