It's good to touch the green, green grass of home. 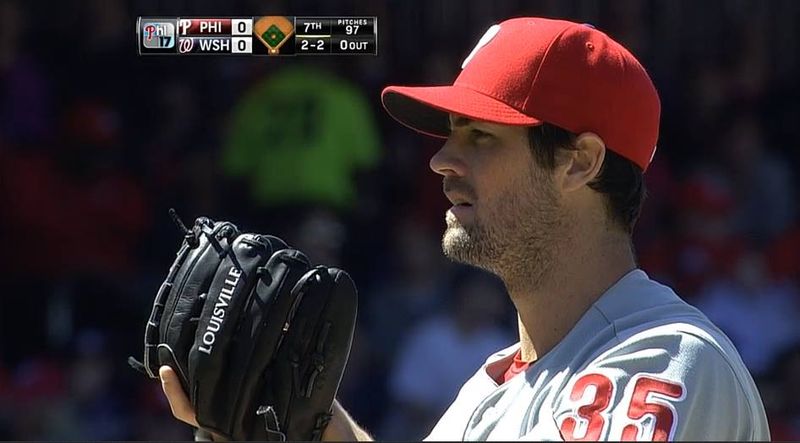 Why am I belting out Tom Jones lyrics in tonight's game preview? Cole Hamels returns to his hometown of San Diego, CA looking to right the ship that has gone way off course during this really rocky season.  Poor run support, defensive blunders, badly hit balls and a few clunkers of his own, it just hasn't been a good season for Hamels. In six starts at PETCO, he holds a 1.27 ERA, 0.82 WHIP, and a very impressive BAA of .188. It's a pitcher friendly park as well so this is a great night for Hamels to get straightened out. It's important to note some of the deep stathead type numbers during Hamels's struggles such as his 3.78 FIP and 3.67 xFIP which show he should be having a much more pleasant season than he is. It's something to build on.

His oppnonent tonight is lefty, Robbie Erlin who is making his second career start.  Erlin wound up in San Diego's system in the Mike Adams trade to Texas in 2011. His numbers in Triple-A Tucson are rough but so are many pitchers' in the PCL.  He's known as a command pitcher and has a ceiling as a mid rotation starter according to some of the books I've read up on him. Baseball America had him ranked as the 10th best prospect in the organization at the start of the season.

Domonic Brown looks to follow up on a nice evening at the plate last night. Mayberry is in at centerfield batting 7th.