As the Trade Deadline Passes, So Does the Phillies Winning Streak 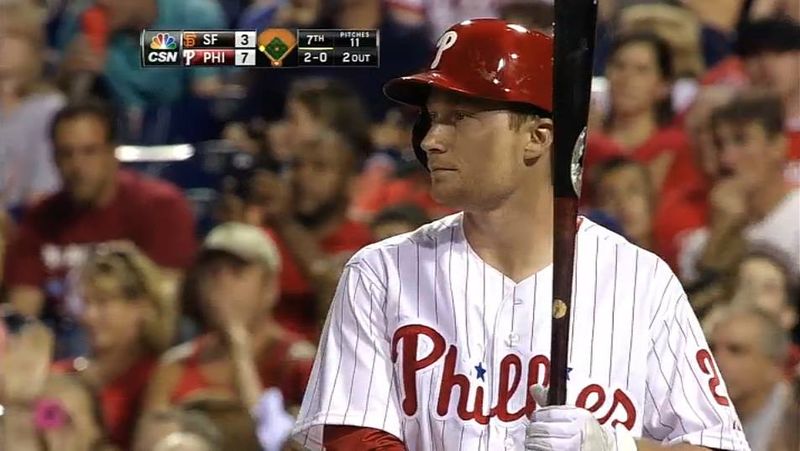 As the Major League Baseball Trade Deadline came to a close three ours prior to game time, the Phillies did exactly what just about everyone expected them to do: absolutely nothing. What role would that play going into tonight's game? Absolutely none. But, it's fun to blame it on that. Yes, there was a game to be played, and literally hours after the birth of his child, Kyle Kendrick would be taking the mound for the Phillies. For the Giants, Chad Gaudin, the bullpen pitcher turned spot started, would look to shake off his last start.

This game was difficult from the get-go. Kendrick gave up a one out double to Marco Scutaro, who was immediately brought home on a Pablo Sandoval single. Later, Brent Pill would single to bring home both Sandoval and Buster Posey. The fourth and final run of the inning was scored off the bat of Roger Kieschnick, who was making his major league debut. 4-0 Giants early on.

An eruption occurred once again for the Giants in the third. Kendrick began the inning by allowing five straight batters to reach base (error, single, hit by pitch, single, single). The final two singles, one each by Pill and Kieschnick, scored two more runs to put the lead at 6-1. This spelled the end of Kendrick's night, and the start of Raul Valdes'. Despite allowing an RBI single to the pitcher Gaudin, Valdes pitched quite well. 7-1 Giants after three.

We move things ahead to the top of the seventh inning with the Giants batting against J.C. Ramirez. He was able to record a fly out, a pop out, and a groundout. However, sandwhiched between each of those outs was two solo homeruns by Pill (his fourth RBI of the night) and Brandon Crawford. Make that a 9-1 Giants advantage.

Despite scoring a second run on an Utley groundout in the eighth, the Phillies really never had much momentum in this game. The Giants take Game Two of the series, 9-2.

Another day, another Phillies loss. As we head off into the final two months of this 2013 campaign, fans can only look forward to seeing the future of the team take the field. Names like Ruf and Asce are finally getting solid playing time, and it is quite refreshing. There is still a chance the Phillies make some moves during the August waiver period, but it seems less likely. Tomorrow night, the Phillies and Giants will wrap up this series with Cole Hamels and Matt Cain. It will also be Brad Lidge's retirement ceremony night at the ballpark, so if you're headed down, get to your seats early and properly honor the 2008 World Series-clinching pitcher!