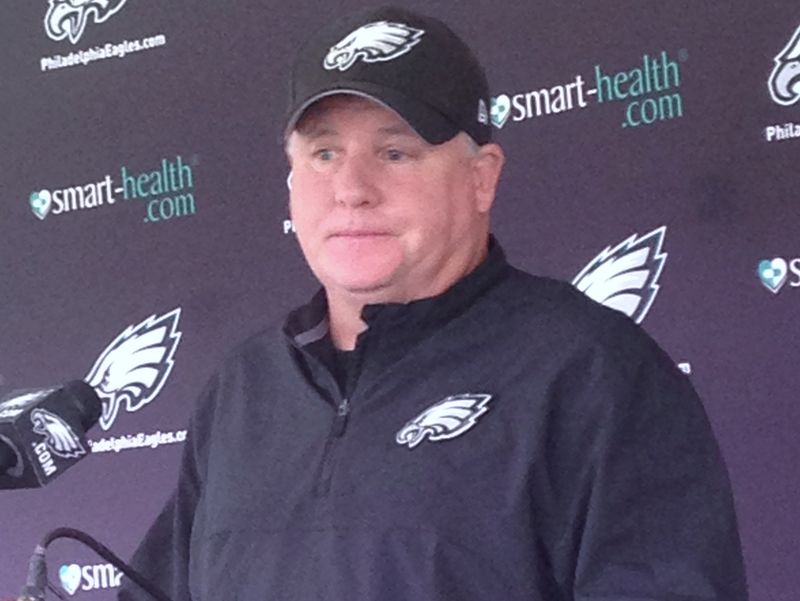 The Tampa Bay Buccaneers briefly approached Philadelphia Eagles head coach Chip Kelly about their opening in 2011, which is when Greg Schiano's coaching journey took a turn to the NFL.

Two years ago the Tampa Bay Buccaneers embarked on a search for their next head coach after firing Raheem Morris, and were poised to pluck one of the top college coaches around.

"I didn't have NFL aspirations," Kelly said Wednesday. "I don't look at decisions as tough.  I don't look at decisions as difficult.  You get all the information necessary and you make the decision and move forward.  We had an outstanding year staying at Oregon, and those memories we had there, those players that I get an opportunity to coach, that staff I was with, I love those guys and still love those guys.  I think it was a good decision for me at that point in time."

Kelly of course went on to post a 24-3 record with the Ducks over the next two seasons before realizing that it was time to make the jump to the National Football League and accepting the Philadelphia Eagles job after overtures from both the Birds and the Cleveland Browns.

However, that courtship of Kelly is precisely what led Greg Schiano to trade in his scarlet and black for pewter and gold.

“That’s kind of the reason I knew I really wanted the job,” Schiano, the Buccaneers’ second-year coach said in a conference call Wednesday with reporters covering the Eagles.

“I really loved my time at Rutgers and had plenty of opportunities to go elsewhere, and at the end I just never felt like it was right. One of the things that actually really led me to believe that this was the time was when I thought that Chip had accepted the job, I was angry. I was disappointed, is a better word probably. So that kind of told me that I did want it.”

Despite their struggles this season, limping out to an 0-4 start and jettisoning troubled former quarterback Josh Freeman in favor of rookie Mike Glennon, Schiano still believes his team is on the rise.

“Sometimes you don’t realize you want something until you don’t have it,” he said, “and then in a few hours there was an opportunity to maybe be involved with it again and that’s when I kind of said, ‘You know what? I really do want to do this,’ and fortunately it worked out.

Since taking the job, the former Rutgers head coach has posted a 7-13 record.

While there are plenty of subplots already in this game including Nick Foles returning to the site of his first win, DeSean Jackson's one-on-one match-up with Darrelle Revis among them, it will be hard to watch this game without thinking about where these franchises may have been had the road maps to the NFL not crisscrossed for Schiano and Kelly.