Eagles Flyers Phillies Sixers About Us Write For Us
Chip Kelly to Nick Foles: "Grip It And Rip It"
Eagles Have Winning Attitude According to Chip Kelly 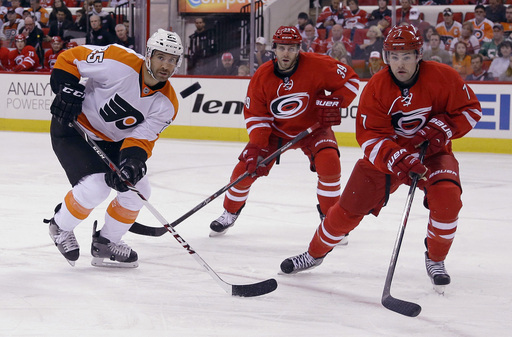 Max Talbot spent parts of three seasons with the Flyers. He was traded to Colorado on Thursday in exchange for Steve Downie. Photo Courtesy of ESPN.com

With changes needed for the struggling Flyers, Paul Holmgren brought back a familiar face.

The Flyers acquired Steve Downie on Thursday, a former first-round pick for the Flyers, in exchange for center Max Talbot in a deal with the Colorado Avalanche.

Talbot had just one goal and one assist in 11 games this season. In his career with the Flyers, Talbot scored 25 goals, including a career-high 19 in 2011-12, and added 21 assists for a total of 46 points in 127 games with the Flyers.