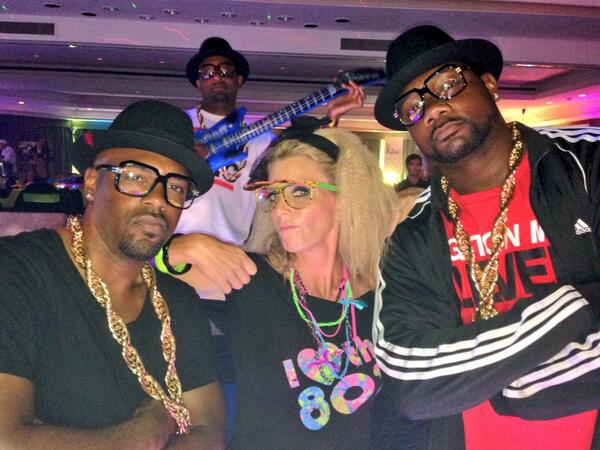 I was so caught up in the Roy Halladay Jamie Moyer costume that I missed this one:  Ryan Howard and Jimmy Rollins attended the 80s party, too, and were well-prepared.  Here, posing with Brandy Halladay are the Phillies' shortstop and first baseman as Run DMC.

AND – as Nick Petrucci points out on Facebook – that is BEN FRANCISCO in the background.   Francisco has played for four teams since he left the Phillies, including 21 games for the New York Yankees last season.

I am not sure the nature of the party just yet, but it's nice to see the camaraderie among teammates.

There is no truth to the rumor that Michael Martinez attended as a Rubik's Cube.