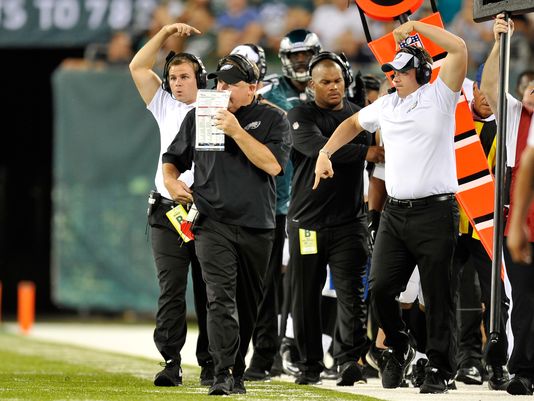 Chinander returns to Oregon to coach outside linebackers under coach Mark Helfrich, who was named head coach around this time last year after Kelly left Oregon to coach the Eagles.

“I am extremely grateful for this opportunity and am excited to return to a program with a successful history and potential for further greatness as the University of Oregon,” Chinander said. “I’m anxious to contribute to the momentum that Coach Helfrich has provided in his short time as head coach and am looking forward to working with a defensive staff that is among the best in the country.”

There have yet to be any official announcements about replacements for either Lazor or Chinander but as the Eagles and Kelly are currently in Mobile, Al for the Senior Bowl this week, it's likely that these positions will be filled in short order with so many coaches in one place at one time.

Kelly said earlier this month that he hoped to have his whole staff intact entering his second NFL season.

In the span of two weeks, two assistants have already flown the coop.