Eagles Flyers Phillies Sixers About Us Write For Us
The Curious Case Of Vinny Curry
Game Preview: Hawks at 76ers 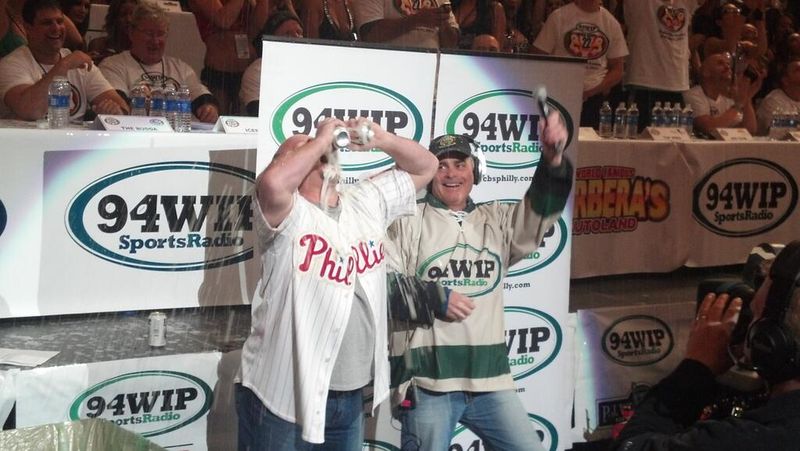 We knew that former Phillies outfielder and pinch-hitter Matt Stairs was going to be in town to be part of WIP's Wing Bowl.   However, he will be doing something else while he is in town, according to a report.

Todd Zolecki of MLB.com reports that Stairs is in the running for the team's open television job.

It almost certainly will have a new color commentator by then.

Matt Stairs will be the latest, and possibly last, person to interview for the job, which became vacant when the network declined to bring back Chris Wheeler and Gary Matthews.

Stairs, who famously hit a go-ahead pinch-hit home run for the Phillies in Game 4 of the 2008 National League Championship Series at Dodger Stadium, declined comment when reached by telephone Thursday.

No word whether the interview took place before or after he publicly downed two beers in the manner shown above.  One might suspect that Stairs probably did not help his chances today with the family-friendly Phillies, though the event is held by the Phillies' radio partner, CBS Radio.

As Zolecki notes, Stairs has done some broadcast work before with NESN and Sirius XM.