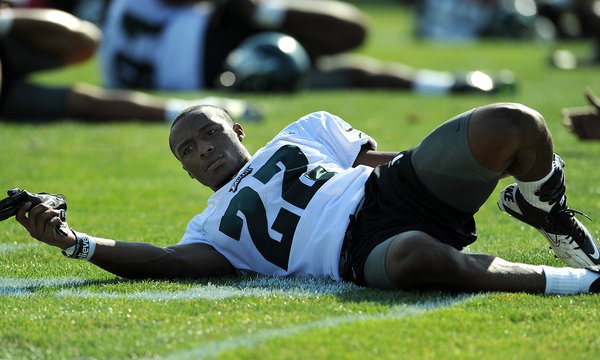 Brandon Boykin played a big role in the Eagles defensive backfield last season, who is running mates are in 2014 is the question that needs to be answered (Image Courtesy GCobb.com)

The today’s area to be addressed: Cornerback.

The secondary may be the most intriguing positions to break down for the Eagles. On one hand, we have the safeties (which will be addressed later), which has been a turnstile since the departure of Brian Dawkins after the 2008 season. On the other hand, we have the cornerback position, which the Eagles have been blessed with talent since the days of Troy Vincent and Bobby Taylor. But something interesting happened to the Birds when they broke free of drafting corners and entered the free agent market: they swung and missed.

Since the signing of Asante Samuel, the Eagles have attempted to replicate a strong defensive backfield, but have failed. They traded for Dominique Rodgers-Cromartie and signed Nnamdi Asomugha, both were colossal failures. The Eagles attempted to rectify that mistake by letting both cornerbacks leave after the 2012 season and revamp the position. With that, enter Bradley Fletcher and Cary Williams.

Fletcher came over from St. Louis, where he had dropped down the depth chart to their dime position. The former third round pick inked a two-year deal with the Eagles in the off-season and was immediately named starter. Fletcher was strong in his first season in Philadelphia, finishing with 62 tackles, which was good for fourth on the team. The former Iowa Hawkeye also broke up 15 passes and intercepted two balls, all while missing three games.

Fletcher’s running mate was another free agent signee who the Eagles brought in on a three-year contract. Cary Williams had just helped lead the Baltimore Ravens to a Super Bowl, and was now an Eagle. Williams was inconsistent in his first year with the Birds. He showed the ability to be a top-flight cornerback, but in the same breathe, would get burned by being too physical or having mental lapses. The former undrafted player would finish the year with 11 passes defensed, three interceptions, and a sack. The most important thing that Williams brought to Philadelphia was not his talent, but rather a swagger that the defense had sorely missed in previous years.

Swagger is what incumbent slot corner Brandon Boykin lacked after a trying rookie season. The former Georgia Bulldog came from a winning college program to a toxic locker room in the NFL. With new leaders abound, Boykin was able to excel. Playing in just 51 percent of the snaps, the former fourth-round pick was second in the NFL in interceptions with six and tied for tenth in the league in passes defensed with 17. Boykin also did not shy away from contact as he also forced two fumbles.

Behind Fletcher, Williams, and Boykin sits an unsettled position. Despite the positives that Fletcher and Williams showed, both had a tendency to get beat while being overly physical. Because of that, cornerback is a position that the Birds could address in the upcoming NFL draft. Furthermore, Williams, who signed a three year-17 million dollar deal with the Eagles, could be asked to take a pay cut or be cut, depending on how the Birds feel he fits into their defensive scheme.

If the Eagles choose to address their lack of depth at the cornerback position through free agency, there will be both talent and youth available.

Below is a list of cornerbacks the Eagles could be interested in if they are looking for a “shut down” corner.

1. Alterraun Verner. If there is one player who has been underrated for his career, it is Verner. The former fourth-round pick has been a lockdown, shut down corner since stepping foot on the field. He is a short, physical cornerback similar to what the Eagles already have in Bradley Fletcher. In 2013, Verner totaled 57 tackles, five interceptions and one touchdown. The former UCLA Bruin also defensed 23 passes, which tied for the league lead.

2. Walter Thurmond III. Thurmond has battled injury and suspension problems throughout his career, but was able to step in last year for the Seahawks on their road to the Super Bowl. The California native is a former Oregon Duck who could draw great interest from his former coach Chip Kelly. The former nickel cornerback will be looking for a starting job as well as a starting paycheck.

3. Sam Shields. The former Miami Hurricane has battled injuries throughout his career, missing 11 games in four seasons, but when he plays, Shields has shown the ability to be a top-flight cornerback. The Green Bay defensive back will be looking to break the bank, as he registered four inceptions and 17 passes defensed in 14 games.