Game Preview: The Short-Handed Sixers take on the Dallas Mavericks Tonight at 7. 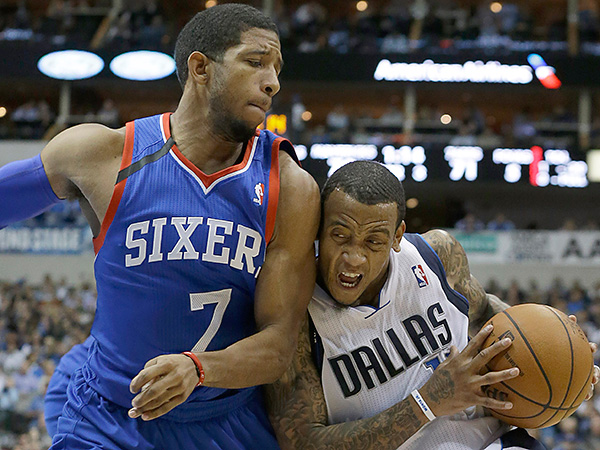 The Sixers are a day removed from a very active tread deadline for them. In the end, the Sixers dealt away veterans Evan Turner, Spencer Hawes, and Lavoy Allen and brought in a slew of new players and draft picks (you can find details of the all the trades here). None of these new players that the Sixers acquired yesterday will be available for them tonight. As a result, the Sixers will be looking at a bench that goes two, maybe three, players deep.

Tonight’s game will allow Brett Brown to play his glorified D-Leaguers extended minutes. Look for Michael Carter-Williams to push, and maybe pass, 40 minutes tonight. Sam Hinkie, at today’s press conference, spoke about how he would like to see Thaddeus Young’s role on offense expand. Tonight will be his opportunity to do that. Look for Thad and MCW to hoist plenty of shots tonight.

I expect this Mavericks team to dominate tonight. I think Dirk Nowitzki will have his own with the Sixers’ “big men” (which tonight include only Arnett Moultrie and Thaddeus Young). I also expect Monta Ellis to manipulate the Sixers’ pathetic defense like crazy tonight. With that being said, if you are watching the game tonight, observe how this offense operates differently than that of the first half of the season. Without ET and Spenc, MCW will have far less help offensively. He will be forced to try and create his own shot. It will be interesting to see how Brett Brown coaches this game.