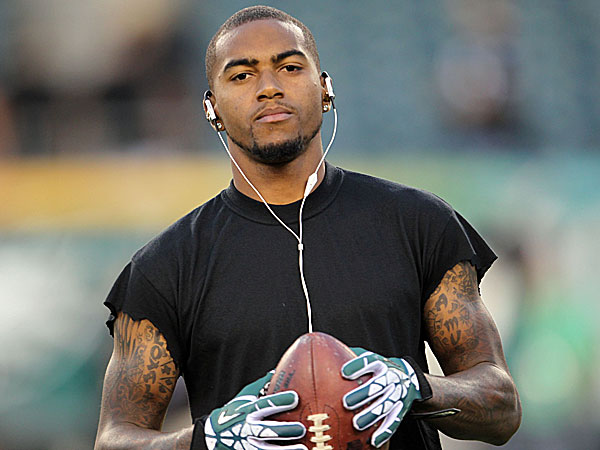 Okay, let’s talk DeSean Jackson, since it appears that the mercurial wide receiver is making waves without really doing anything. Since Riley Cooper and Jeremy Maclin re-signed with the Eagles, all the talk has been about the Eagles parting ways with Jackson. The question that needs to be asked is why?

The Eagles need Jackson to provide something that the signing Cooper and Maclin cannot do. The California native’s speed is needed to help open the offense for running back LeSean McCoy and keep defenses honest. Jackson forces defenses to choose between defending the deep pass or the underneath route. Essentially, Jackson makes the offense go because he always must be accounted for.

Jeff McLane of the Inquirer reported that “the Eagles are not actively shopping DeSean Jackson,” and why should they? Yes, DeSean Jackson has had his bad moments as an Eagle. Whether he is complaining about his contract or taking a play off, Jackson has been more good than bad in Philadelphia. More so, the diminutive wide receiver is the Birds only big play threat on the outside. So why would the Eagles get rid of him?

The Cal Bear is coming off a career year, in which he set career high in receptions (82), yards (1,332), and touchdowns (nine). He helped lead the Eagles to the second ranked offense in the NFL while the team set franchise records for points (442) and yards (6,676). Furthermore, he is signed for the next three years, albeit at high numbers, but manageable nonetheless. If the Eagles were to trade the wide receiver, it is not often that the Birds would receive fair value.

Looking back on past trades involving top wide receivers, the team doing the trading has not faired out well. Whether that be the Oakland Raiders trading Randy Moss to the New England Patriots for a fourth round pick or the Miami Dolphins trading Brandon Marshall to the Chicago Bears for two third round picks, the value did not come back to the team trading the player. Teams often get pennies on the dollar for trading elite talent. The Eagles have established themselves as a smart organization, and trading a player of Jackson’s ilk just does not seem to add up, as Matt Lombardo addressed last week.

If the Eagles were to move on from Jackson, it will not happen before the draft. The Eagles have a strong compliment of pass catchers, including highly touted second year tight end Zach Ertz, but none of which provide Jackson’s key attribute: speed. But what if the Eagles gamble and draft a wide receiver in the first two rounds of the draft (say Brandin Cooks from Oregon State), then we could be talking about Jackson being on the move.

Just this morning Howie Roseman told the masses that he did not “know where that report came from,” and at this point, I’m inclined to believe the Eagles general manager. So as of now, DeSean Jackson will remain an Eagle until Eagles Nation is told otherwise.