In DeSean Jackson, What You See Is What You Get 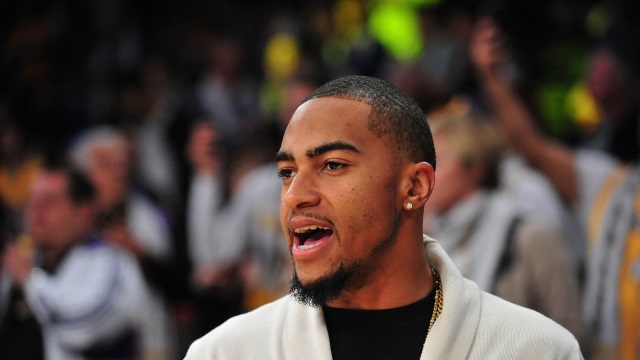 Courtesy of the greatest news outlet in the country (Jackson's instagram, of course), we know that the wide receiver is on vacation. What his instagram account does not say is that yesterday marked the beginning of Washington's organized team activities (OTA's). So why did Jackson choose to vacation rather than interact and socialize with new teammates? The obvious answer is, because he can.

Players skipping voluntary OTA's has been done before, as we learned in Philadelphia last year with Cary Williams. The result of skipping OTA's will result in being ripped by the media and attacked by fans. Jackson has already faced his critics with his alleged shenanigans in Philadelphia, so skipping his first team practices shouldn't bear much weight for him. Jackson will have to address his teammates though.

For Jackson's new teammates and fans, this is what we know about the talented but mercurial wideout: he cares about his stats, his friends and his record label. We know that he is outspoken in the community against bullying and has worked hard to build his own brand. We have heard about his off the field exploits and seen his on the field talent. We know from sources within the locker room that he is a me-first guy and would not often spend time with teammates. We've seen him play when he wants and give up on plays.

So there you go, Washington. That is the book on DeSean Jackson. In an NFL where the diva wide receiver is king, you have the ultimate. Jackson will make the Redskins better, no doubt about it. With his ability to stretch the field and command double teams, expect Pierre Garcon to have an even more explosive season than last year now that he'll be in single coverage. But in the end, Washington will have to worry about Jackson's presence in the locker room and the effect it will have on the team, because in the words of Terrell Owens, DeSean Jackson "loves me some me."