Eagles Flyers Phillies Sixers About Us Write For Us
Send Down Brown? 'Not at this Stage', Says Ruben...
Draft: The Old School vs. The Hinkie School- Part 3 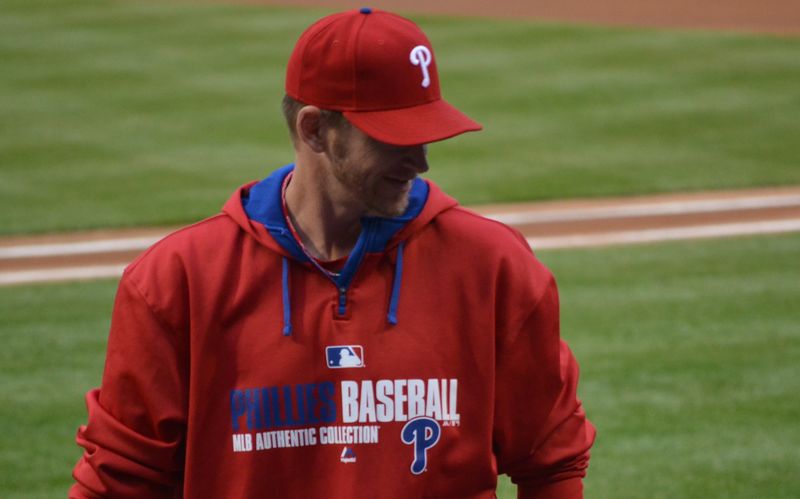 The first game of this rare five game series against the New York Mets was a momentum murdered. Wednesday night, Ryan Howard capped off a ninth inning comeback with a monster of a walk off, three-run home run to send everyone home happy. Heading into last night's contest, the Phillies and their fans hoped Howard's beauty of a swing would translate into some good luck going forward into this extended series with their division rival. Instead, they were met by a wall named Zack Wheeler. At one point, he had set down fourteen straight Phillies, and had filthy pitches all night long. Perhaps Philadelphia will have some luck against Rafael Montero in Game Two, as they send A.J. Burnett to the hill.

Free passes. That is what seems to be detrimental to A.J. Burnett's declining season. We've already discussed the FIP vs. ERA numbers, as well as hit home and road splits, that indicate a season worse off than the surface numbers suggest. Perhaps his tendency to allow extra baserunners is the reason for his recent stretch. Burnett sits just one walk behind Shelby Miller of the Cardinals for most walks allowed in the National League (32 for Miller, 31 for Burnett). Combine those 31 base on balls with 6 batters hit by a pitch, and you have the league leader in free bases. He one of six pitchers allowing an average of over four walks per nine innings. He'll need to regain his command is he wants to end his recent troubles.

Making just his fourth major league start will be Rafael Montero for the Mets. Montero's first appearance came against the New York Yankees, and has faced the Arizona Diamondbacks and Los Angeles Dodgers since then. Not surprisingly, the rookie has some inflated numbers in his first handful of games. Like Burnett, Montero is having some issues with the strikezone, having walked nine batters in just over sixteen innings of work. He also struggles to keep the ball in the yard, as he's currently averaging over two home runs per nine innings. Of course, these numbers are all in just a limited amount of time. However, the Phillies must exploit these areas to have a chance at settling the early score in this series.