Cody Asche Hits The Disabled List; Justin De Fratus Returns But Maikel Franco Could Be Up 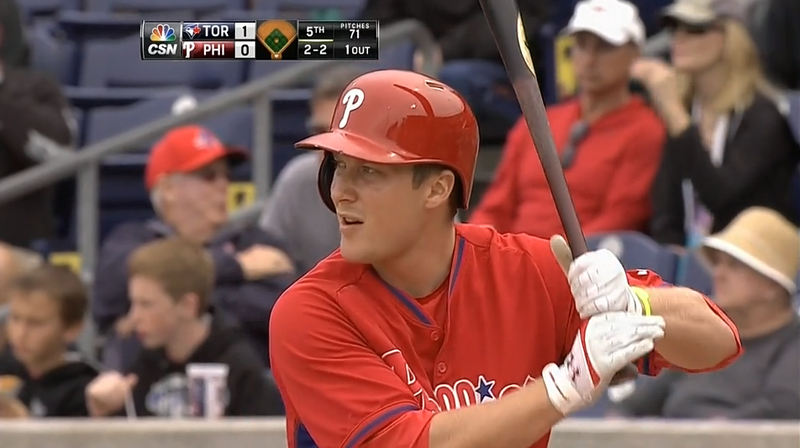 Phillies third baseman Cody Asche has been out of the lineup the last few days with a sore hamstring.   Asche will be out of more than lineup.  According to numerous reports, including this one from Jim Salisbury of CSN Philly, Asche will hit the 15-day disabled list.

For now, Asche's roster spot will be filled by reliever Justin De Fratus.  The Phillies were short a reliever already.  The Phillies brought outfielder/first baseman Darin Ruf up in place of injured Cliff Lee, and Lee's replacement, David Buchanan, took the roster spot of injured reliever Luis Garcia.   De Fratus gives the Phillies a seventh reliever in the bullpen and their bench is back to five.  However, with either Cesar Hernandez or Reid Brignac starting in Asche's place, the Phillies are short a backup infielder.

The Phillies could add another infielder by adding prospect Maikel Franco to the mix, Salisbury says:

Amaro said it is possible Maikel Franco could come up. "kicking it around," he said.

If Asche's disabled list stay is short, the Phillies may not wish to add Franco to the 40-man roster.  They may need the roster flexibility going forward.  Miguel Alfredo Gonzalez will need to be activiated from his rehab assignment, and even though he likely will be optioned to the minors, he will have to be removed from the 60-day disabled list and count towards the 40-man roster.  For now, Cesar Hernandez will get most of the starts at third base.