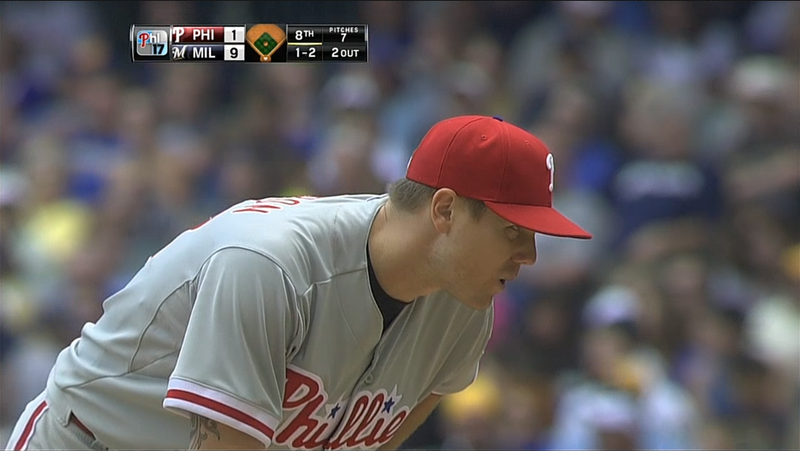 The Phillies' talks with the Milwaukee Brewers over Jonathan Papelbon this offseason are no real secret to the baseball world.  But after several ups and downs in trade talks, Papelbon is still on the Phillies, 20 days before Phillies Spring Training camp breaks in Clearwater, Florida.  But talks are not dead, according to a high-ranking Brewers official.

Assistant general manager Gord Ash of the Milwaukee Brewers  said on Friday in an interview with the Milwaukee Journal-Sentinel's Tom Haudricourt that the deal is still possible:

"I don't think it's dead," said Ash. "I don't think anything is imminent. We've got a number of things going. It's just a matter of trying to ascertain the best approach and what makes the best sense from a lineup point of view and financial point of view."

Money seems to be a big consideration.  But what about other names still available?

As for the possibility of re-signing closer Francisco Rodriguez, Ash said, "Everyone knows what relievers are left out there. That's one of the balls we're looking at but there are a number of other pitchers out there, whether it's by trade or free-agent acquistion. It kind of changes on a daily basis because there's something to be said for all of them but there's probably a hiccup or two on all of them."

Ash said the Brewers have not shown interest in free-agent closer Rafael Soriano, who is still on the market. He said there were conversations about Joba Chamberlain but he doesn't really fit the plan either.

The Brewers seem lukewarm on other options, which is a good thing for the Phillies.

As for the Phillies, if they deal Papelbon to the Brewers, one of the aforementioned arms might be a good option for the Phillies.  Having a veteran arm around to mentor future closer Kenny Giles would be a bonus for the future of the Phillies.  Further, someone such as Rodriguez, Soriano, or Chamberlain could be a backup closer should Giles falter.

Ash also said that he would prefer that  deal be done before the Brewers break camp on February 20.  The Phillies break camp the day before, and I am sure they would like to do the same.   It sounds like money is all that is holding up the deal.  Whatever money the Phillies have to eat to make it happen and turn the page, it is worth it.