Game 50 Preview: Flyers look to make it four in row as they battle Maple Leafs 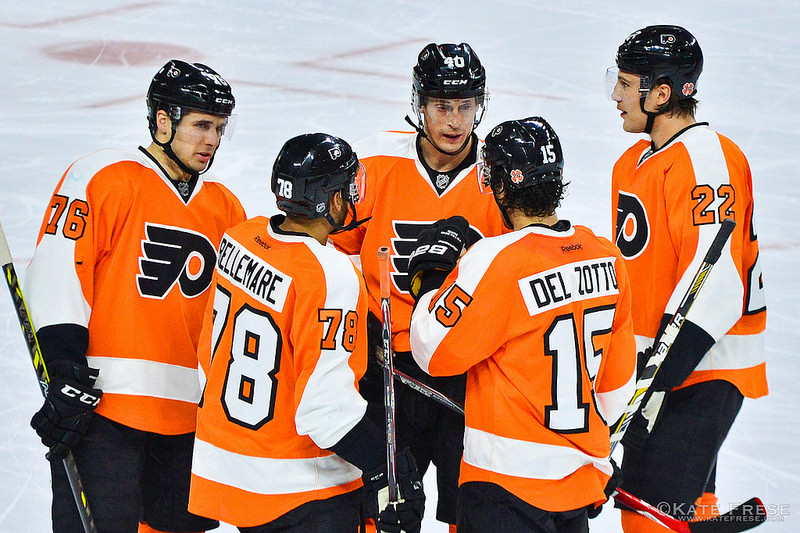 The Philadelphia Flyers (21-22-7) look to win their fourth straight game and get back to .500 on the season as they play host to the Toronto Maple Leafs (22-24-4) tonight at the Wells Fargo Center. This is the second of three meetings between the two clubs and the lone game in Philadelphia. Game time is 7:00.

The Flyers defeated Toronto 7-4 at the Air Canada Center back on December 20th. In that game Toronto jumped out to a 2-0 lead early but the Flyers stormed back. The Sean Couturier line got the Flyers going after the early onslaught and Claude Giroux and Jakub Voracek took it from there.

The Flyers enter tonight on the heels of a 5-2 victory over the Winnipeg Jets on Thursday. Wayne Simmonds continued his strong play scoring a first period power play goal and adding an assist on a third period tally by Brayden Schenn.

Steve Mason had another strong outing between the pipes. The Flyers net minder made 36 saves in picking up his 10th win of the season. He figures to get the start again tonight.

In addition to Simmonds, Schultz and Brayden Schenn , Luke Schenn, Chris VandeVelde, R.J. Umberger, Couturier and Michael Del Zotto have all scored during the streak. The balanced scoring will need to continue if the Flyers are going to move up the standings and make run at a playoff spot.

Toronto enters tonight on the heels of 3-1 home loss to the Arizona Coyotes on Thursday. The Leafs are tied for the fifth most goals scored in the east this season. Unfortunately, they have given up the second most goals in the east and fifth most in the entire NHL.

Toronto is winless in it's last eight games (0-7-1) and has been outscored 40-16 during that stretch. Their lone point was picked up Wednesday night in a 2-1 shootout loss to New Jersey. They have not won a game since January 9th.

Phil Kessel leads the team in scoring with 45 points, 20 goals and 25 assists. Former Flyer James van Riemsdyk leads Toronto in goals with 21 and is second with 43 points.

Jonathan Bernier, 16-15-4 with a .915 save percentage, 2.71 goals against average and 2 shutouts, has entrenched himself as the starter. He figures to get the call in goal tonight.

Where to Watch
TV: CSN Philly
Radio: 97.5 The Fanatic