Eickhoff, 25, will take the mound for his second consecutive start against the Mets, and the third start overall for his career.

The right hander has allowed just nine earned runs over his past five starts, which includes three outings with the Triple-A affiliate of the Phillies, the Lehigh Valley Iron Pigs.

Facing the Mets on August 26, Eickhoff surrendered four runs (three earned) in six innings as the Phillies went on to lose, 9-4 while in opposition of veteran right hander Bartolo Colon. 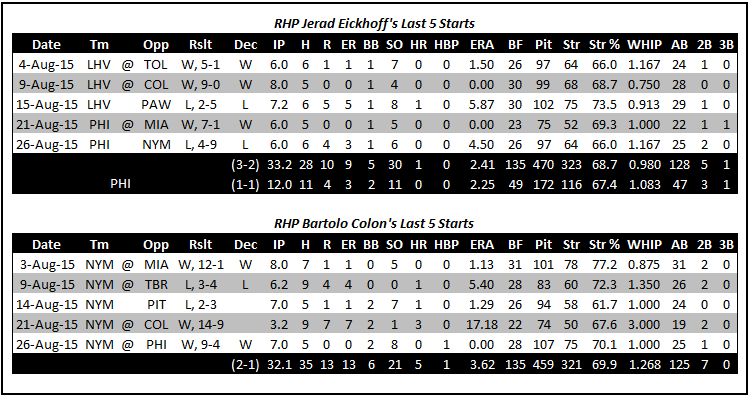 The 18-year veteran native to the Dominican Republic is 7-3 with a 3.81 ERA over 12 career starts against the Phillies.

Excluding his ninth inning relief appearance on Saturday, Colon has allowed 13 runs on 35 hits and six walks in 32 1/3 innings for the month of August.