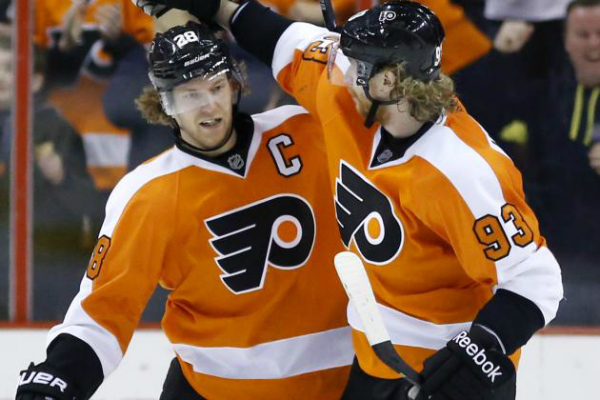 There is a longstanding belief in hockey that the best time to play an elite-caliber opponent is often either very early in the regular season or else at the tail end of the campaign shortly before the playoffs begin. Early on, even the top teams may still need a little time to get various facets of their game in synch. At the end of the season, clubs that already have playoff berths sewn up can be prone to looking ahead to postseason play.

The Philadelphia Flyers will put that adage to the test on Thursday night when they are on the road to take on the defending Eastern Conference champion Tampa Bay Lightning on opening night of the 2015-16 regular season.

The Amalie Arena has been a house of horrors for the Flyers in recent years.  Philadelphia has not won a road game in Tampa since Feb. 15, 2011. However, in the final meeting of last year's season series, the host Flyers caught Tampa unprepared and skated away with a 7-3 blowout win on January 12.

While it is important in every game to score first if at all possible, Flyers head coach Dave Hakstol  said that he is more concerned with the team playing a simple, intelligent first period with a strong two-way tempo than the score per se.

"On the road, we need to have a real good, solid start. It doesn't mean everything is going to go your way. It doesn't even necessarily man you are going to score the first goal of the game," said Hakstol.

"When you are ready to play, and you get off to a good start, you are focused from the drop of the puck. Whether you get in a little hole or not, as long as you are ready to play then you dig yourself out of that. They key is getting off to a 'ready' start and being ready to go from the drop of the puck so you can deal with whatever adversity comes at you."

While it is not need not be fatal to the Flyers' hopes on opening night if Tampa scores first, the two teams' recent histories suggest that avoiding an early deficit is highly advantageous.

To a man, the Flyers' players as well as Hakstol say they recognize how much talent the Lightning have at their disposal. At the same time, they also know that both teams will have the adrenaline flowing and it is crucial to channel the energy properly.

For some players, such as power forward Wayne Simmonds, getting involved in physical play right from the outset is often a good way to work through the nervous energy. They key is to successfully walk the line between disciplined aggression and risking bad penalties.

"For me, I'd love to go out there and start banging bodies. That's how you get into the game. You go out there and you take a hit or you give a hit. That normally wakes you up pretty quickly," Simmonds said after the team's final preseason practice.

Simmonds added that the same basic idea would apply if he did have an early chance to make a play. Intelligent puck management is important but a player should not be shy about being aggressive during the "feeling out" phase of the early first period.

"If you get the puck, you don't have to make a fancy play with it but you can make a play. Just make sure you are being smart with it," he said.

Other players say that opening night adrenaline often leads to the first period style of play being a little different than the rest of the game. Jakub Voracek likened it to the start of the postseason.

"From what I remember the last seven season, the first game of the season is a lot of skating, not as much passing, and a lot of hitting," Voracek said. "Kind of like you feel in the first playoff game. Everybody in excited. In the second period, everything slows down and the real hockey is gonna be played."

In the meantime, numerous Flyers players said that paying attention to two-way detail is critical against the Lightning but that there should also be attacking opportunities. Veteran offensive-minded defenseman Mark Streit was among those who felt that strong puck support and good gap control would produce chances to force Tampa to go on the defensive more than they'd like.

"They have a lot of offense and they can hurt you many ways. You need to stay on the same page and really play a strong team game. On the other hand, we have a lot of skill, too, and a lot of great players; a lot of offense.That's why I think the D-men need to do it right away, get it in and let our forwards do the work to create and do what they are best at doing," Streit said.

The Lightning face some interesting challenges of their own. It is hardly uncommon for a defending conference or Stanley Cup champion  to find things tough at the start of the next season.

Recently retired former Flyers star left winger Simon Gagne recalled from personal experience that it can often be tough to go deep into the playoffs one year and then come out with the same intensity a few months later when the next regular season starts.

"When you go that far in the playoffs, it's a really short summer.  It's hard on the body physically. When you come back and it's training camp and it's preseason and it's early in the season, maybe it's a little harder to get motivated after you were just in the biggest games of the year. I think it's a little bit harder for the older guys after a short summer to come back and get back to your best and get motivated right away," said Gagne, who went to the Stanley Cup Final twice in his career and to the Conference Final four times, winning one Cup.

The last time the Flyers won their opening night game came during the 2011-12 campaign. On that evening, the Flyers faced the defending Stanley Cup champion Boston Bruins. During a long pregame ceremony, the Bruins raised their Cup banner in front of a raucous home crowd. The same Boston team resoundingly swept Philadelphia in the second round of the playoffs a few months earlier.

On this night, however, the Flyers skated off with a 2-1 regulation victory.

Why? The team got goals from key sources; Claude Giroux and Voracek. They played some of their best team defense of the year and took away time and space from the defending champs. Last but not least, the Flyers got excellent opening-night goaltending.

This same collection of factors must come together for the 2015-16 Flyers to pull off the same feat against Tampa Bay. If not, the team must put the outcome aside quickly and focus on at least returning from their two-game Florida road trip with a split. The Flyers play the Florida Panthers on Saturday night in Sunrise.