Eagles Flyers Phillies Sixers About Us Write For Us
The Phillies end 2015 in a much better place than when it started
WJC Report: Quarterfinal matchups are set 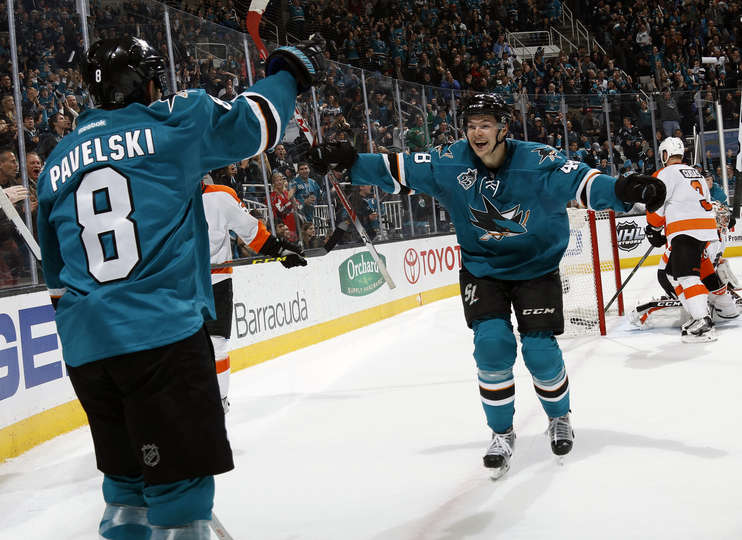 One year ago, the Philadelphia Flyers had 34 points and a 14-14-6 record at the Christmas break. Although, the team endured an horrific 0-8-1 spell in the latter part of November to early December, the team took a 6-1-3 run and a three-game winning streak into Christmas.

Things seemed to be headed in the right direction as the team reconvened in Nashville on Dec. 27 for the fourth game of a seven-game road trip.

Unfortunately, the Flyers staggered to four straight losses, 0-3-1, over the rest of the road trip. Even as the team surged again right before and immediately after the All-Star break, the Flyers spent the rest of the season struggling in vain to get back into the playoff race.

Is history repeating itself?

Unfortunately, the Flyers have staggered out of the break with back-to-back 4-2 losses to the Anaheim Ducks and San Jose Sharks.

The Flyers navigated a tough slate of games with decent success prior to the break but finished the month with an unimpressive 5-4-2 record due to the back-to-back regulation losses.

In Sunday's game in Anaheim, the Flyers mustered an anemic 39 shot attempts (26 on goal); their fewest in a game since the club mustered 39 attempts against the New Jersey Devils on Jan. 3, 2015. On Wednesday in San Jose, the Flyers produced 50 shot attempts but only put a meager 19 on goal, as they got outshot by the Sharks by a 33-19 margin. The Sharks blocked 10 attempts and the Flyers missed the net on 12 others. Philly managed just three shots on goal in the first period.

While anything can happen in a small sampling of games, the Flyers' ongoing issues of losing to teams they "should" beat is disturbing. Entering Sunday's game, the Ducks had the worst record in the Western Conference and had scored the fewest goals in the NHL. The Flyers yielded four goals and lost in regulation. Entering Wednesday's game, the Sharks had the fewest home-ice wins in the NHL this season. The Flyers lost, as San Jose earned its first win on home ice in a month.

The Flyers finish their California road trip in Los Angeles on Jan. 2 with a clash against the Kings at the Staples Center. Thereafter, the schedule remains challenging with games against the Montreal Canadiens (home), Minnesota Wild (road), New York Islanders (home matinee),  Boston Bruins (home, after a three-day break) and Detroit Red Wings (away, second half of back-to-back games).

As the schedule continues, it will be imperative for the Flyers to get their special teams back in order. Just as with last season, the Flyers' penalty killing in particular has struggled as the calendar year has drawn to a close.

The penalty kill has yielded five power play goals -- plus an even strength goal scored moments after the expiration of a Flyers penalty -- in 4-2 regulation losses against the Anaheim Ducks on Sunday and the San Jose Sharks on Wednesday. The Flyers are just 4-for-9 on the PK in the two-game span, dropping their season percentage to 77.6 percent, tied for 26th in the NHL.

The main discrepancy between the play of goaltenders Steve Mason and Michal Neuvirth this season has been with the Flyers on special teams. That has been the one area where Neuvirth has significantly outplayed Mason.

While penalty killing success or failure is primarily about execution as a unit, it's also true that a goaltender often needs to be his team's best penalty killer and to come up with tough saves; sometimes repeatedly. Neuvirth has done it in his games this year. Mason has not, at least consistently.

Neuvirth has posted a stellar.941 save percentage at even strength (Mason's was .940 last season when he led the NHL in that sub-category) but also boasts  a .910 save percentage on the penalty kill and has stopped 11 shots by shorthanded opponents.

Neuvirth was originally slated to start Wednesday's game in San Jose but fell ill during the day. He could get the nod against Los Angeles on Saturday afternoon.

What three words depict horror and pandemonium in all FLYERS fans?