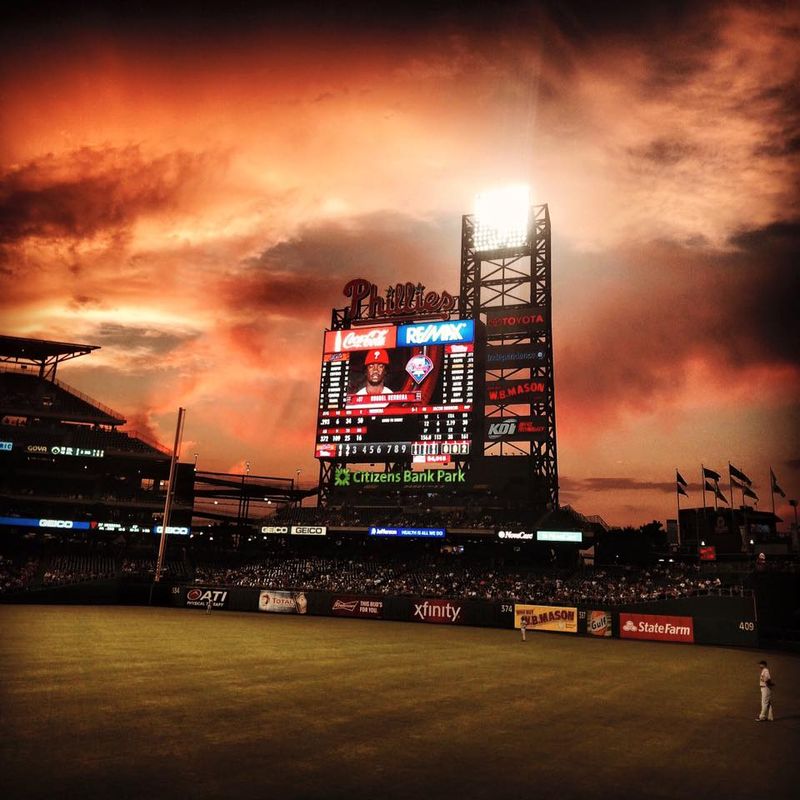 On the third day, the Phillies got busy. As the Winter Meetings wind down, the Phillies are busy adding and subtracting players, while also announcing some major movements. Some of the news-

My guess is that the Phillies will not officially announce the Giles deal until after they have participated in the Rule 5 Draft. Right now they have two open slots on the roster, and after the trade they will have one. The Phillies will inevitably not be done wheeling and dealing now. Here's a look at the roster situation:
What this would mean is that the Phillies would have two spots open on the 40 man roster once they 60 Day DL Harrison and Biddle. I also see several more players in danger of being cut or traded, as listed above. I could see a trade for Marcell Ozuna still happening, as well.
A lot more is probably coming for the Phillies today. Assumedly either Goeddel or someone else will be drafted today. The Astros trade could be done today. Another deal could be in the works. The Phillies roster remains a work in progress as the team builds out of a 99 loss season.
Topics
Uncategorized