Rare NHL History made with Flyers win on Wednesday 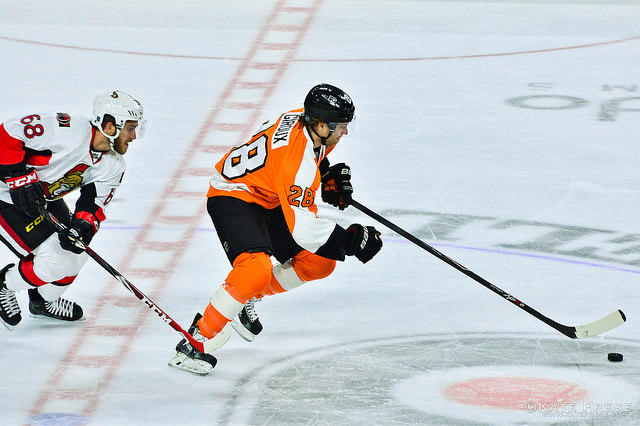 The Flyers win over the Washington Capitals on Wednesday made history. No, it was not because the Flyers actually won a shootout -- the Orange and Black are 3-8 this season in that department.

How rare is this? The last time no Canadian team made the playoffs was in 1970. There were only two Canadian teams in the league then, the Toronto Maple Leafs and Montreal Canadiens. Toronto finished last in their division. Montreal was eliminated on the final day of the season due to a tiebreaker with the New York Rangers.

Since then, the NHL has expanded from 12 teams to 30, with seven of them calling Canada home. And for each of the last 45 seasons, at least one team has made the playoffs.

As of the completion of Wednesday's games, all seven Canadian teams were in the Bottom-10 in total points, with only three reaching the 70-point mark. Edmonton, Toronto and Vancouver currently make up the bottom three in total points.

The Flyers meanwhile see their playoff hopes alive and well. While the Senators chances officially hit zero, the Flyers have an 88.4 percent chance of making the playoffs following Wednesday's shootout win.