Eagles Flyers Phillies Sixers About Us Write For Us
Phillies explain small changes to jerseys
Phillies must-reads: Galvis and Hernandez ever connected 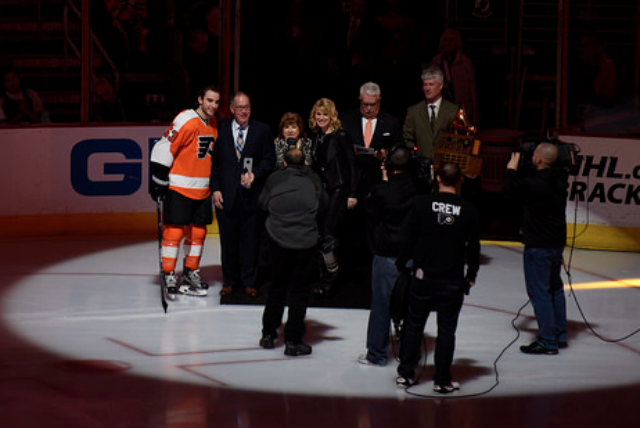 With just three games remaining and the regular season coming to a close this Sunday, the Flyers handed out their annual team awards prior to Thursday night's game against the Toronto Maple Leafs.

The following Flyers were winners.

The Yanick Dupre "Class Guy" Memorial Award, presented to the Flyer who shows the best character and respect for hockey on and off the ice and as a role model to teammates for work ethic and desire to succeed, went to Wayne Simmonds. Simmonds has scored 29 goals and added 28 assists for 57 points in all 79 games this season.

The Pelle Lindbergh Memorial Award, voted on by the players and presented to the most improved Flyer, went to Brayden Schenn. Schenn has set new career-highs in goals with 25 and points with 56 in 77 games this season.