Phillies must-reads: Even in the digital era, we still love baseball on the radio 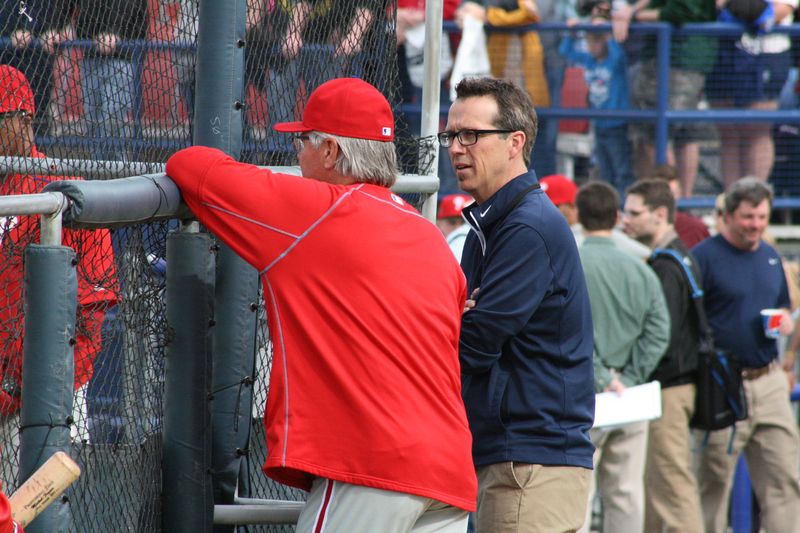 In this week's edition of Phillies must-reads, we get into the very personal side of players, executives, and broadcasters and show the even in baseball, real life comes into play and how we deal with them will shape the rest of their lives and the game itself.

Even in the digital age, we still love baseball on the radio

No one will ever replace Harry Kalas and Whitey Asburn as Philadelphia's favorite broadcast tandem. But if in this age of MLB.TV and all of the digital avenues baseball purists take to get their games, a new generation of fans have their own poet laureates to call their own in Scott Franzke and Larry Anderson. Matt Gelb of Philly.com caught with the popular duo.

Montgomery: Snider will be "forever remembered" for how he shaped Philly's sports teams

Phillies chairman David Montgomery reminisced with Philly Voice's Ryan Lawrence on the loss of Ed Snider and how the Flyers owner shaped the culture of sports.

The selflessness of Matt Szczur goes well beyond charitable. All together now…"who?". Chicago Cubs outfielder Matt Szczur, who squeaked into the 25th and final roster spot on a loaded contending team this spring, could have been living this impossible dream five years ago, but he gave it all up for someone he didn't even know. Adam Nissen of sportsmockery.com chronicles this incredible journey.
All in the family: How Andy MacPhail learned to love baseball again
Phillies president Andy MacPhail was a life-long baseball man. It was passed from his father to him and his grandfather to his father. But after nearly three decades in the family business, MacPhail stepped as far away from the game as he could. He traveled to the far ends of the earth only to return to greener pastures in Philadelphia doing what his family has done for generations. Matt Gelb has the story.

View All Posts By George Gouvas

View All Posts By George Gouvas