In the early part of the 2015-16 NBA Season, Los Angeles Lakers star Kobe Bryant was in a position fairly similar to that of Philadelphia Phillies star Ryan Howard. Bryant, a one-time MVP, was late in his career and after a slew of injuries, wasn't effective in a capacity even similar to what the league had come to expect to him. So on November 30, with some starting to suggest that he was holding back the franchise that he had won five championships for, Bryant announced that he would retire at the end of the season. Howard should consider doing something similar to what Bryant did.

Howard, though he is like Bryant in having one league MVP, is very much unlike Bryant in many regards. Bryant won five titles, is a lock to be a Hall of Famer and is considered by some to be one of the top 10 players to ever play in the NBA. Howard won't sniff being a Hall of Famer and certainly won't get the type of send-off that Bryant got from the league, but he still has pretty much everything to gain by bowing out on his career graciously, rather than fighting reality.

In recent weeks, Howard's future has become the first on-field Phillies related topic to dominate sports talk radio in years. His manager, largely due to brief success by the once forgotten Tommy Joseph, has suggested that he may start to cut into his playing time.

Howard is owed respect for a career that will allow him to go down as the franchise's second greatest power-hitter of all-time. It is unfortunate that injuries likely prevented him from being a 500 home run hitter. All of that's true, but it's also true that it's June and Howard is hitting below .200 and the last time that he wasn't in the lineup due to his contractual situation Kim Kardashian was married to Kris Humphries.

So the correct move for Howard now would be to turn what is becoming an increasingly negative situation into a positive, semi-farewell tour to end what has been a very impressive career, somewhat like what Bryant did.

The thing for Howard is that this wouldn't be a move that allows him to temporarily save face. He's done. It's not a situation where he may be done, like his former teammate Jimmy Rollins seemed to face this past offseason. He's done. If teams essentially won't take him for free in trades now, why would anyone be interested in signing him this offseason? At best, Howard would be looking at signing a minor league deal next off-season, in what would likely turn out to be a failed attempt at prolonging his career. He has nothing left to prove, so going through something like that would be unnecessary.

I understand that Howard may feel like he can continue to play, but his decline isn't sudden, it's been very visible since he tore his Achilles in 2011. Howard now appears to be entirely finished, and when you couple that with the physical toll that the last five years have had on Howard's body, he needs to come to the realization that this is it. There's a time in an athlete's career where the public doubts them and they are in a position to come back and attempt to prove them wrong. There's also a time in most athlete's careers where it doesn't come down to not working hard or having been able to do it, but simply that because of injuries and aging they are not capable of performing at the world-class level that they once did. Howard is at the latter.

So rather than forcing the Phillies to consider making the tough decision of either releasing him or benching him for a majority of their remaining games, Howard has a chance to turn the final season of his Phillies career -- and likely his baseball career -- into a positive. He should take that chance, as it's the best chance he has of going out on a semi-positive note. 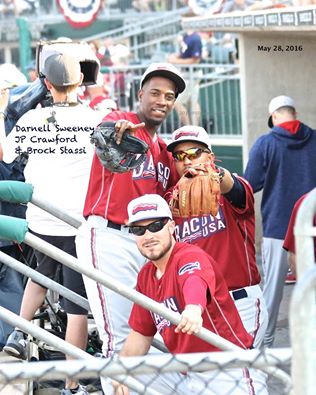 Whatever grace the Phillies owed Ryan Howard for his excellent performance during their extended playoff run, has been quite adequately covered by the $25 million dollars that they have continued annually to shovel into his coffers, even as his skill-set and production have declined every year since 2011.
To maintain in June of 2016 that he deserves regular starts at first base, when his batting average hovers 50 points below the Mendoza Line and his OPS is more like a batting average, is an irritant to the fans, delays the necessary rebuilding process, drags down their offense, and implies to their impressionable youngsters that reputation is worth more than performance