Eagles Flyers Phillies Sixers About Us Write For Us
Phillies pull out extra-inning win, sweep D-backs
NHL Scout on Team with Best Draft: 'Hands down, Philadelphia' 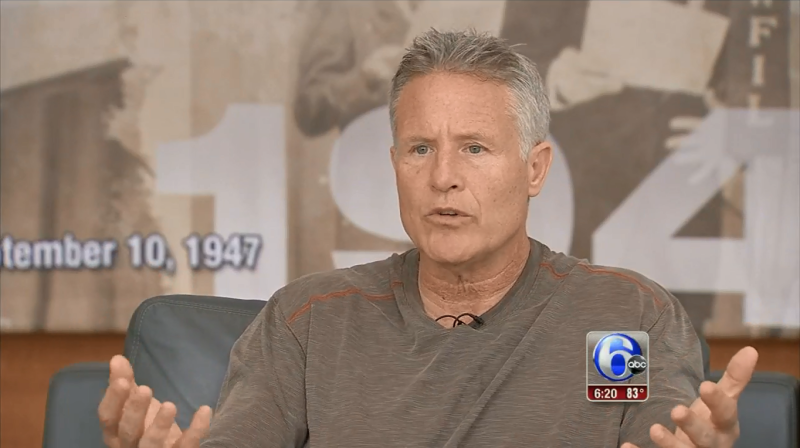 With the 2016-17 season fast approaching — head coach Brett Brown's fourth with the Sixers after coaching the team to a 47-199 record through 246 games — filling out and balancing the roster remains a pressing task for team president of basketball operations Bryan Colangelo.

With an influx of big men on the roster, including Joel Embiid, Nerlens Noel, Jahlil Okafor and the soon-to-be-arrived  Dario Saric from overseas, the team has been rumored to wanting to make a trade in order to acquire a shooter, particularly at the guard position.

Noel and Okafor were linked to many teams prior and during the draft, but both still remain Sixers. For now.

In conversation with Jeff Skversky of WPVI on Wednesday, Brown said that he would be 'surprised' if a trade wasn't made to free up the team's 'bigs logjam.'

"We've talked a lot about it freely. I talk with my players freely about the logjam that we have with all of our bigs," Brown said. "Somebody asked me on record the other day like, 'do I expect a trade to be made?' I would be surprised if there wasn't one. I talk to my own players about that same thing. It's pro sport. It's real."

Making a trade is just one of the many ways the Sixers can improve their roster. In free agency, they have been linked to four names so far this offseason: restricted forward Harrison Barnes, restricted guards Allen Crabbe and Dion Waiters, as well as unrestricted guard Courtney Lee.

The Warriors extended a qualifying offer to the Ames, Iowa, native on Wednesday, making him a restricted free agent. It is not known if the 2014-15 NBA champions will match an offer sheet from another team interested in Barnes.

Ultimately, acquiring a player to complement No. 1 draft pick Ben Simmons —particularly at the point guard position — is the goal for Colangelo.

Time will tell who just that player might be.