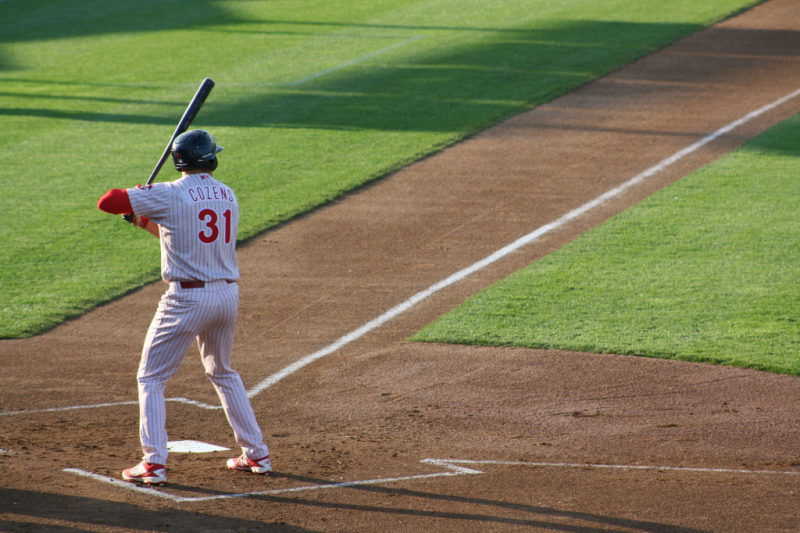 Phillies outfield prospect Dylan Cozens has slugged himself into a tie for the most home runs in a single season with Double-A Reading. Despite his recent slump, the slugging outfielder can still drive the ball out of the park at any moment, and his home run tonight tied him with Darin Ruf, who hit 38 homers in 2012.

Heading into tonight's game, Cozens had just three hits in his last 41 at-bats, including 19 strikeouts. After hitting .295 in July, the former second round pick has struck out 45 times in 107 at-bats in August, but has still managed to hit eight home runs as well. There's no doubting the raw power of Cozens, but his strikeout numbers are alarming, with 173 strikeouts to just 60 walks in nearly 500 at-bats this season. He leads the Eastern League with 118 RBIs and a .583 slugging percentage.

Teammate Rhys Hoskins still sits at 37 home runs on the year, one behind Cozens and Ruf for the Reading home run record. The Fightin' Phils have six games, including Wednesday, remaining for Cozens and Hoskins to try and surpass Darin Ruf.