Former Phillies closer Jonathan Papelbon may not pitch again in 2016 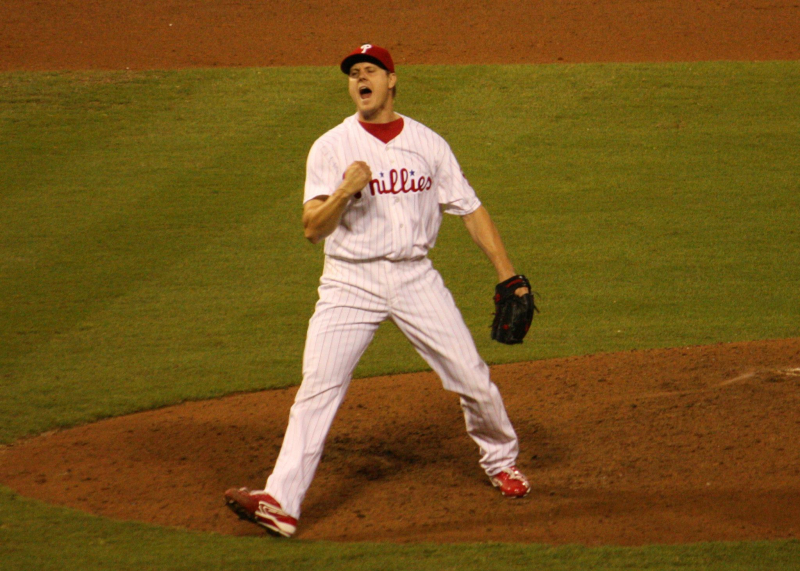 Earlier this month, Deadspin's Tom Ley wrote that if you could say one thing about former Philadelphia Phillies closer Jonathan Papelbon "it's that he's always who you would expect him to be." In other words, while Papelbon is a complete wild card as a personality, none of the things he does usually catch anyone by surprise.

But since his Aug. 13 release from the Washington Nationals, Papelbon's actions have caught quite a few by surprise. Despite reported interest from multiple teams, Papelbon hasn't signed with a team. The Nationals actually released Papelbon after he requested it, presumably to avoid having to wait 10 days to find out his fate like he would have had to if he was designated for assignment.

According to WEEI's Rob Bradford, Papelbon won't sign with a team before midnight's deadline for post-season eligibility, which may mean he's decided not to pitch again in 2016:

The likelihood of Jonathan Papelbon joining the Red Sox, or really any other team, now seems nonexistent.

According to a major league source, Papelbon won’t be signing with anybody prior to midnight, meaning the reliever wouldn’t be eligible for postseason eligibility if he were to pitch again in 2016.

Papelbon could still sign with a team, though he would seem to have more to lose by doing that. If he struggles, it would hurt his chances of getting a job in 2017. If he pitches well for a team that doesn't go to the playoffs, he seems to gain little.

In July, which was the 35-year-old's final full month with the Nationals, he posted a 7.88 ERA, which followed up a 6.00 ERA in June. Perhaps Papelbon is injured and for that reason is choosing not to pitch at this time, or perhaps at age 35 his body is worn down at this point in the season. If he chooses to sit out the rest of the season, it may allow him to regroup physically as he attempts to continue his career in 2016, assuming that's what he wants to do.

Papelbon is the all-time leader in saves for both the Phillies and the Boston Red Sox, and currently is third in terms of active saves leaders with 368.