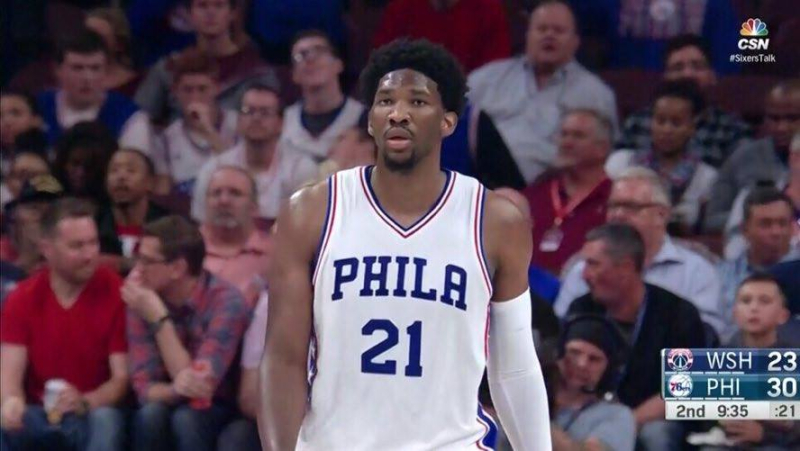 The Philadelphia 76ers continue their preseason schedule tonight on the road against the Cleveland Cavaliers. Heading into the match-up, the Sixers will be without a good chunk of their roster as Jahlil Okafor, Jerryd Bayless, Nerlens Noel, Cat Barber, Nik Stauskas, Brandon Paul and Ben Simmons are all out with injuries. Noel, Bayless and Barber did not make the trip with the team to Cleveland.

The young Sixers have shown promise in their first two preseason games that included a win against the Celtics and a double overtime loss at the hands of the Wizards. On Thursday night against Washington, Richaun Holmes led the charge, scoring 20 points and grabbing 12 rebounds in 38 minutes. Expect the second year center to get more playing time again tonight with the team still missing Noel and Okafor.

Dario Saric put together another impressive game on Thursday, finishing with 14 points on 5-for-7 shooting and four rebounds. The 22-year-old Croatian will have a tough test tonight in guarding Kevin Love. Meanwhile, Joel Embiid was a little more selfish with the ball in his second game and noted afterwards that he needs to spread the ball around more often. He played just over 12 minutes, scoring five points to go along with three rebounds and a block.

On the other side of the court, Cleveland is coming off of a win over the Magic in their first preseason game by a score of 117-102. Former Delaware 87er Jordan McRae scored 20 points in 24 minutes off the bench while Kay Fielder contributed with 14. Cleveland's starters, with the exception of DeAndre Liggins, all played 13 minutes with LeBron James scored seven points of 3-for-4 shooting. Kevin Love finished with eight points and four rebounds. Cavs starting point guard Kyrie Irving is expected to make his preseason debut tonight against the Sixers.