Eagles Flyers Phillies Sixers About Us Write For Us
Flyers Recall Anthony Stolarz from Phantoms
Top 25 Phillies of All-Time: No. 14, Jim Bunning 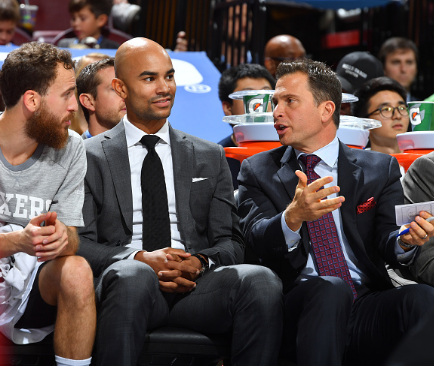 This offseason, the Philadelphia 76ers signed two point guards in Jerryd Bayless and Sergio Rodriguez. While Rodriguez was a low-risk one-year signing, the Sixers agreed to a three-year, $27 million pact with Bayless, who has yet to suit up for the team since signing due to an ongoing wrist injury. It looks like Bayless is on the right track to getting healthy though as the Sixers have announced they've assigned the veteran guard to the D-League as part of his rehab.

The team has assigned Jerryd Bayless to the @Sevens as a part of his ongoing rehabilitation program related to his left wrist injury.

Sergio Rodriguez has been in the starting point guard role thus far and he's fared well in putting his teammates in a good position to score. He's averaging 9.2 points and 7.1 assists per game, which is good for seventh in the NBA. T.J. McConnell is averaging 4.8 assists per game off of the bench.