Sixers Look to End 2016 with Win Over Nuggets 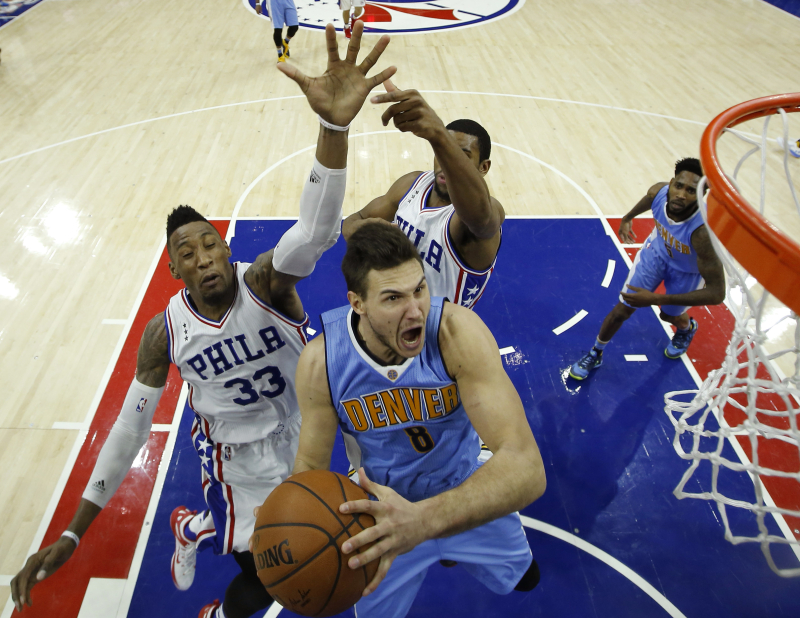 The Philadelphia 76ers visit the Denver Nuggets to end their road trip and to end the year 2016. They lost tot he Utah Jazz in an epic 4th quarter collapse. The Nuggets are coming off of a win over the Timberwolves as it came down to one final shot. A shot and a block.

Now, the Sixers look to defeat the team they sent two A.I. to.

The Nuggets overcame a triple double from Karl-Anthony Towns as Wilson Chandler blocked a game tying layup from Andrew Wiggins. They won 105-103. Danilo Gallinari scored the final basket of the game and led the Nuggets in scoring with 16 points. The starting lineup for the Nuggets scored in double figures.

The Sixers were without two starters and lost one during their game in Utah. Joel Embiid was doing his usual resting and Gerald Henderson was dealing with a sore hip. Sergio Rodriguez went down with an ankle sprain and is out for tonight. He only played 15 minutes. The Sixers were led in scoring by Ersan Ilyasova with 16 points as well as 12 rebounds.

The Sixers led for most of the first meeting, but, as this team has done many times before, couldn't hang onto the lead and eventually lost. Towards the end of the 3rd quarter, the Nuggets took their first lead and ended up leading the entire 4th quarter. Seeing as the Sixers basically did the same thing against the Jazz, it seems like the Sixers haven't grown too much in the few weeks. One can only hope something like that doesn't happen again and the Sixers can hold on.

View All Posts By Dante Nelson

View All Posts By Dante Nelson