Is it time for “The Process” to end? 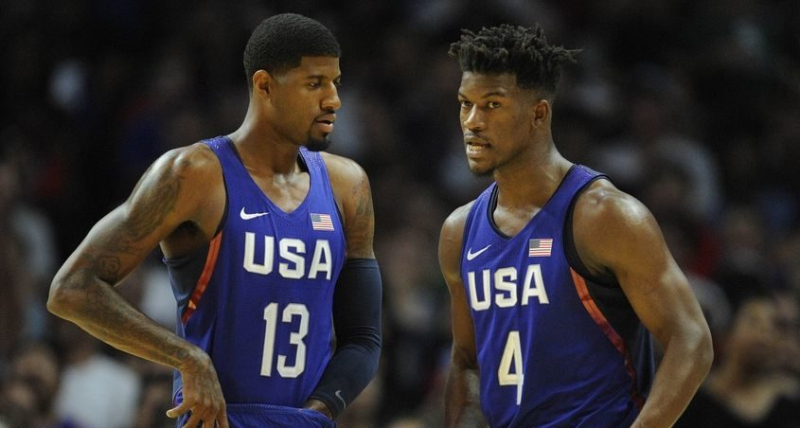 Ramona Shelburne of ESPN broke the report, mentioning that the Pacers were looking to get some help for Paul George.

Today, the reports of the Pacers looking to find help for Paul George have changed to the Pacers testing the market for their star player:

If this report comes to fruition the Pacers would be in full rebuilding mode, and maybe only the Celtics could offer a better package of future assets than the Sixers.

So that begs the question: Is it time for the Sixers to cash in their assets?

At this time, Jimmy Butler and Paul George are both seemingly available. Both players also play for teams who have previously been linked to Jahlil Okafor which suggests that there could be interest from both sides.

The Sixers currently sit in striking distance of a playoff spot, and adding a player of George or Butler's caliber could be enough to get them into the postseason and make them a tough matchup for any opponent.

Sam Hinkie's "Process" visualized a team of young talent and no financial restrictions ready to strike by adding an elite player via trade or free agency, and that time could be now.

The Sixers should not separate from their emerging stars, meaning that Joel Embiid, Ben Simmons, and Dario Saric should all be off-limits, as well as Sacramento's 2019 first round selection.

Aside from these key pieces, the Sixers should not hesitate to move their other assets to acquire George or Butler if the deal is not too one-sided.

Based on previous reports, Jahlil Okafor would be central to the deal, accompanied by a package of picks and players.

As good as this deal could work out for the Sixers, giving them a big three that they could control for the next decade, it could also be a waste of time and assets:

Paul George is reportedly considering signing with the Lakers as a free agent in 2018. (via Woj) pic.twitter.com/Kbm7NWtlgU

If Paul George has his heart set on leaving to join is hometown Lakers, then the deal would see the Sixers sacrifice a lot for two years of a player who would leave before players Like Saric, Simmons, and Embiid reach their ceiling.

The Pacers quick change of heart on George, going from their focal point to shopping him in a matter of a day raises skepticism about George's future plan and what new information came to light that is making the Pacers consider moving their franchise player.

The prospect of George playing with Embiid and Simmons is exciting to say the least, but the Sixers would be taking a risk due to George's contract situation and the reports saying that he plans to play in Los Angeles.

Jimmy Butler is under contract though 2018-19 with a player option for 2019-20. Although not as dynamic as George, Butler is an elite wing player in the NBA.

Given the Bulls' prior interest in Jahlil Okafor, the same rules apply to a Butler deal as a deal for Paul George.

Butler has been connected to reports that see him ending up in Boston, but the deal has hit a snag:

If neither team blinks, the Sixers could jump in and steal Butler from the rival Celtics.

Butler is the older of the two stars by one year, but arguably the better fit. Butler plays a strong defensive game that lends itself well to Brett Brown's style. Butler is also a player who does not need the ball in his hands. Paul George is a point forward, and that could conflict with Ben Simmons's role once he is healthy. Both players are elite but Butler fits into the Sixers' immediate roster better than George, even though both players make the Sixers better immediately and for the future.

Is Jimmy Butler or Paul George worth ending "The Process?"