Eagles Flyers Phillies Sixers Union About Us Write For Us
Charlie Manuel once thought Ender Inciarte was a club employee, not a player
Flyers Heritage: Captains 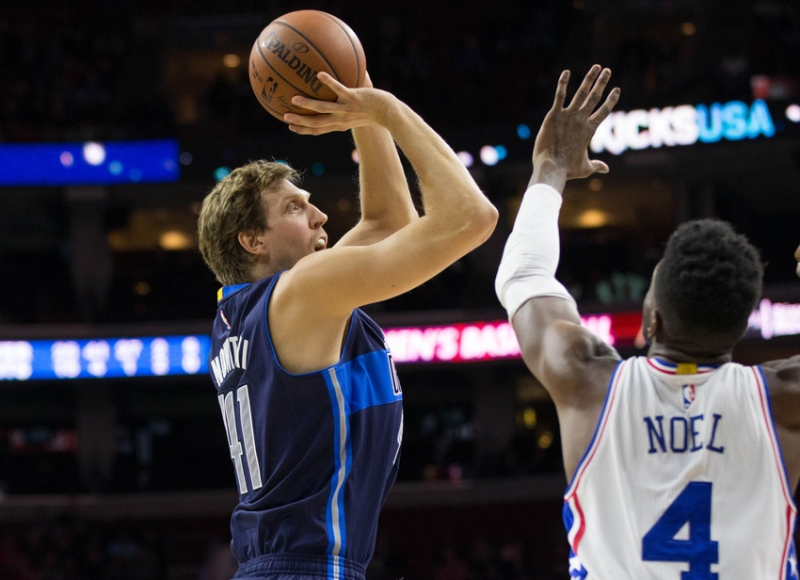 The Philadelphia 76ers will take on the Dallas Mavericks at American Airlines Center. The Sixers are coming off a comeback win over the Sacramento Kings while the Mavericks have pulled off a couple of shockers beating the Cleveland Cavaliers and San Antonio Spurs.

The Sixers will be without Joel Embiid for this Texas trip (they face the Spurs tomorrow). Robert Covington will miss tonight's game with a right hand contusion as well.

Yes, the Mavericks beat the Cavaliers, 104-97. This marked the first time since 2011, when the Mavericks won the NBA championship against the Miami Heat, that the Mavs beat LeBron James. They were led by big surprise Yogi Ferrell. He scored 19 points, a career high, while helping to limit Kyrie Irving to 7-of-21 shooting to end a six-game streak of at least 20 points.

The Sixers overcame a monster game from DeMarcus Cousins, beating the Kings 122-119. He had 46 points, 15 rebounds, and 5 assists. He also had 8 turnovers. The Sixers, without Joel Embiid, met the challenge head on. They were led in scoring by Robert Covington, who had 23 points. He also grabbed 10 rebounds. Six of the 10 players to play in the game for the Sixers scored in double digits. They definitely spread the attack. They nearly blew the game, though.

Now, the Sixers will face the Mavericks. Both of these teams have been hot lately, but have poor records overall. The Sixers have lost to the Mavs 7 straight times and haven't won in Dallas since January 29th of 2005, which is a little over 12 years ago. This seems like a good chance to break those streaks. The Mavs ended their losing streak to the Cavs so it's the Sixers' turn. There.