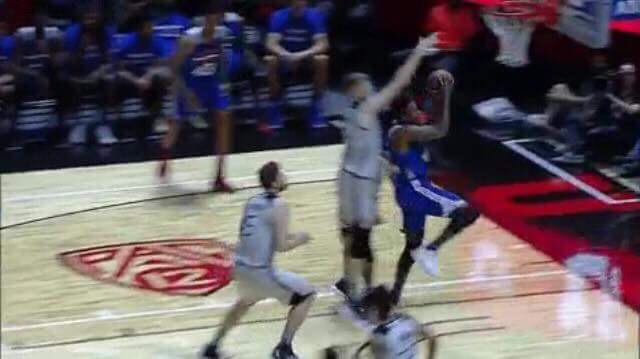 The Philadelphia 76ers were able to pull out their first win of the Summer League this season, beating the San Antonio Spurs 94-86. An impressive win considering they did it without No. 1 overall pick Markelle Fultz. Instead the Summer Sixers got big performances from Isaiah Miles and Brandon Austin on the offensive end. Furkan Korkmaz and Jonah Bolden also played well for the Sixers.

The Spurs and Sixers battled in the second quarter trading shots and turnovers till halftime, where they were deadlocked at 39-39. Kaleb Tarczweski had a big two handed dunk in the quarter, but that's about the only positive play he had in the game. He also attempted an all-oop dunk which went as well as you'd think it would earlier in the second quarter.

Both teams played rather sloppy in the first half, there were quite a few whistles because of foul calls or turnovers. The game didn't really have much pace or flow to it.

In the third quarter the game gained a little steam. The Spurs jumped out to their largest lead of the game after going on a 12-4 run to go up 68-57 late in the third. But the Sixers answered with a run of their own, scoring 11 quick points to end the third quarter capped off by a fast break dunk by Isaiah Miles and buzzer beater by James Blackmon Jr.

This was big for the Sixers in this game, as the momentum of the game clearly swayed the Sixers way after Blackmon Jr. drained his pull-up jumper in isolation to end the third quarter, pulling the Sixers within two points.

The two teams went back and forth for much of the fourth quarter, but as time winded down, the Sixers pulled ahead. Isaiah Miles put the Sixers ahead 81-79 with a strong layup inside with 4:25 to go. He was fouled, but missed the free throw. Later, Brandon Austin hit a big time three pointer with 2:14 left in the game which put the Sixers ahead 90-85.

Following a Spurs miss, Larry Drew ll found Jonah Bolden inside with a slick pass. Bolden finished with a ferocious two handed dunk that put the Sixers up 92-86 with 1:18 left in the game. Bolden later knocked down two free throws to ice the game with 33.3 seconds left.

Jonah Bolden had a solid night, going 5-10 from the field and 3-6 from beyond the arc. It looked as though he forced some ill advised shots at times, but finished with 16 points and did a better job of rebounding in this game. He recorded eight boards after coming in only having four defensive rebounds in the previous two games. He was still out of position at times and boxing out doesn't seem to be a strength of his, but today was an improvement over the last couple games.

Furkan Korkmaz also looked much improved from a night ago. He seemed a lot more comfortable in the game today. He was aggressive with the ball in his hands, looking to create off the dribble and not hesitating to put up shots when given open looks. He was active all over the court, looking to get open and signaling for the ball on offense and jumping into passing lanes on defense. He didn't have many steals, but he tipped quite a few passes.

He only hit a couple three pointers, but created a good chunk of points for his team. He went to the foul line a couple times and had some nice feeds to teammates who were open. He totaled 10 points on 2-7 shooting, 2-4 from three point range, four rebounds, three assists, and three steals the night. Not a stellar stat line, but the most important thing was it looked as though he was playing with more confidence.

Isaiah Miles led the team in scoring with 18 points on 7-10 shooting in 22 minutes along with seven rebounds. Brandon Austin was also very efficient on offense, scoring 15 points on 7-12 shooting in 21 minutes.

The Sixers will now head to Las Vegas to play the rest of their Summer League games. Their next game will be on Saturday, July 8th at 10:30 p.m.