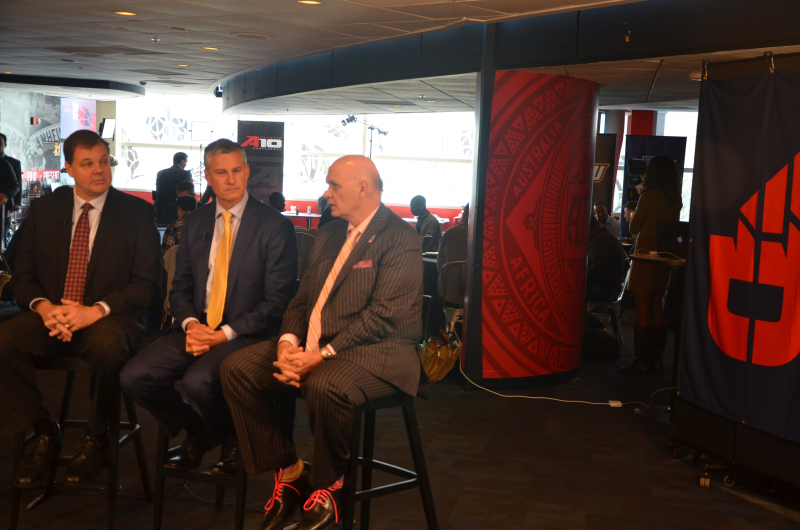 The La Salle Explorers are entering the season with low expectations but that's just how head coach Dr. John Giannini likes it. Picked to finish ninth in the Atlantic 10 Coach's Poll, the Explorers are returning three of five starters from last season including preseason all-conference second-team selection, B.J. Johnson.

The Explorers took a small step forward last season finishing 7th in the conference with a 15-15 record [9-9 A10] and showed flashes with marquee wins over University of Rhode Island and by ripping off a five-game winning streak midseason. The issue for these Explorers is that they would lose focus on the defensive end leading to them getting overpowered by teams.

The projected starters for this season are Pookie Powell (guard), Amar Stukes (guard), Johnnie Schuler (guard), B.J. Johnson (forward) and Tony Washington (center). It's a standard three-guard lineup from Giannini but what sets this team apart from last season's team is when it comes to depth. Sophomore guards Isiah Deas and Saul Phiri have had good preseasons and should be expected to make significant contributions while center Miles Brookins could be a rare true freshman to make an impact under Giannini.

The team will run through stud forward B.J. Johnson as it should after he averaged 17.6 points per game and 6.3 rebounds per game. Over the summer, Johnson declared for the NBA Draft but did not hire an agent. That process allows him to return to school more focused and with instructions from NBA coaches on what he needs to work on if he would like to be drafted next year. Words cannot state how valuable experiences like that are for a young athlete especially one who is expected to lead his team night in and night out.

The x-factor is junior Pookie Powell. Now entering his second season with the Explorers after transferring from Memphis, Powell will be expected to become more consistent on both ends f the court this season. While his offense was above average averaging 13.7 points per game, he was prone to tuning out on the defensive end, especially after his injury. If Powell can lock down his performance on both ends of the court, the sky is the limit for him and this team as he can get to the basket at will.

One quality that's found in NCAA tournament contenders that shouldn't be overlooked is leadership. Going into the season, the Explorers have four players in their final year of eligibility. Redshirt seniors B.J. Johnson, Tony Washington and Amar Stukes will join true senior Johnnie Schuler in an experienced starting five for the Explorers.

This leadership will be important for a team that is looking to break in four newcomers and two guys (Deas and Phiri) who played sparingly last season. This should be a team that knows what to expect game in and game out and if any team under coach Giannini can buck the consistency trends that have plagued the Explorers in the past it is this one. They will also feature one of the deeper rotations that Giannini has had at his disposal in the past few years.

A tough non-conference schedule awaits the Explorers with the usual Big Five slate and games versus Northwestern, Miami, Bucknell and others. The Atlantic 10 will be a gauntlet as always but if the Explorers can pull off a few upsets, don't be surprised to see them in postseason play.