Simmons on "Hack-A-Ben": "It's not going to happen for much longer" 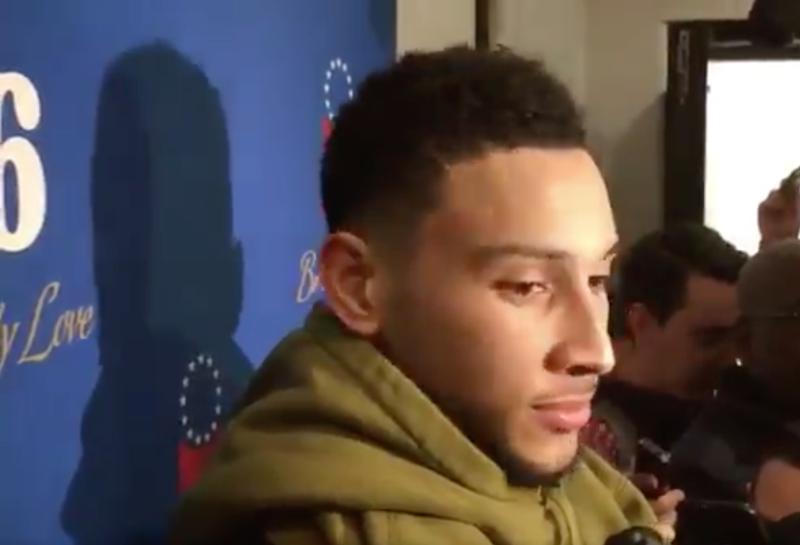 Ben Simmons had a career night on Wednesday night for the Sixers in their 118-113 win at the Wells Fargo Center, even though his performance was overshadowed with the Wizards intentionally fouling him repeatedly to get him to the foul line.

The problem with that originally was that Simmons was having a very difficult time converting on those foul shots.

In fact, Simmons ended up finishing the night going 15-for-29 from the line in an attempt for the Wizards to come back and potentially steal a road victory.

The media caught up with Simmons after the game, and his comment was short and sweet on the situation.

“Its not going to happen for that much longer... Im gonna knock em down”#HereTheyCome pic.twitter.com/DppTXls8r9

Simmons' 29 attempts was one shy of Wilt Chamberlain's franchise record.

The next time a team tries to employ the "Hack-a-Ben strategy, they might not get as lucky.

Then he better get his free throw mechanics correctly. He now shot foul shots like a stiff board ,.he needs to bend his knees and shoot off his toes with some arch in the shot. Unbelievable that no one has worked with him to correct his foul shot as well as his outside shot.