Without Simmons, Sixers look for third straight win against Magic 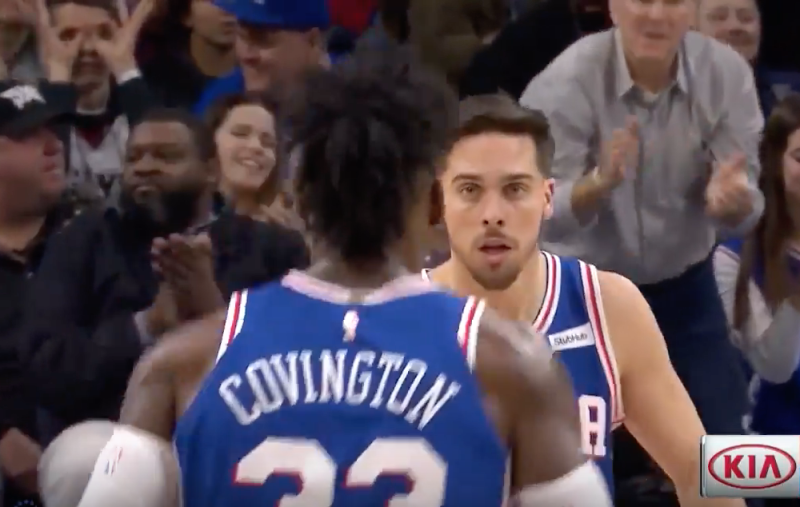 A third straight win for the Sixers hangs in the balance when they host the Orlando Magic at the Wells Fargo Center on Saturday night.

The matchup is the fourth of a five-game homestand that started just a week ago, where the Sixers came out of the gate hot against the Golden State Warriors and then struggled and ultimately choked away the second half and lost.

The Sixers are coming off back-to-back routs of Western Conference opponents in the Utah Jazz and the Damian Lillard-led Portland Trail Blazers.

The Magic on the other hand have been sporadic on where their success has come from and just 19 games into the early season, the year has already told different stories for Orlando.

The Magic have lost seven straight games, most of which have come on the road, and playing in front of a tough crowd in Philadelphia is no cake walk, the Sixers are most definitely looking at dealing Orlando its eighth straight defeat.

No Simmons for the first time

Yesterday, David Aldridge of TNT reported that the Sixers' point guard Ben Simmons would be missing his first game of the season due to a left elbow injury, in which he has been dealing with swelling.

The Sixers have found ways to be victorious without both Markelle Fultz, and at times, Joel Embiid, but this is the first time this season the team will have to gameplan without their uber talented superstar.

Simmons is a big part of the Sixers' success this season, and a real reason that the team is 10-7 to start their year, one of the best starts in the previous four years.

The team has struggled immensely this season when Simmons is on the bench, as The Athletic's Derek Bodner broke down the numbers of just how bad the Sixers have been without Simmons playing.

The Sixers will have to figure out ways to deal with the loss of Simmons, especially if his absence is more than just a game. But for now, there isn't any other news of the future for Simmons, as the injury seems more like a day-by-day basis.

McConnell back in the starting lineup

Sixers fans were disappointed to find out that Simmons will miss Saturday's game, but fan-favorite TJ McConnell will be getting additional minutes, whether they're off the bench or as a starter.

With Simmons out, McConnell seems to be the likely candidate to jump in and take those minutes.

This will cause the Sixers to go short, especially since there is obviously a noticeable height difference between McConnell and Simmons, but TJ's hustle and loyalty to the success of the team is the key for the Sixers success.

McConnell is averaging 6.5 points, 5.3 assists, and 1.2 steals per game this season in 17 games. And all of those were off the bench.

McConnell started in 51 of 81 games he played last season, and this will be his first start of the season.

Jerryd Bayless is back from a wrist injury, as he's been active in the Sixers' previous two games.

Jahlil Okafor has been one of the strangest, most controversial stories of the last year when talking about the Sixers.

What exactly is this guy's future?

We know the Sixers don't see the 21-year-old former third overall pick in their future plans, but why is he still lingering around the team?

Whatever the reason is that the Sixers haven't found a trading partner for Okafor, he's still a member of the team, but the team has acted like he doesn't exist.

And on Wednesday against the Portland Trail Blazers, as the Sixers were on their way to their third straight win, the fans took initiative to chant "We Want Okafor!" in a way for Head Coach Brett Brown to notice as well.

Unfortunately for the Okafor, and the Wells Fargo Center crowd, the return of Okafor to floor was not meant to be.

Embiid endorsed Okafor after the game.

“I feel like he deserves a chance, and I support him,” Embiid said. “I’ve got to have my teammate’s back.”

But Brown acknowledged the situation once again and tried to quiet the complaints and cries for Okafor's appearance with two minutes left in the game.

“To just hoist somebody a little tiny window of minutes isn’t something that interests me,” Brown. “I say that out of respect to [Okafor]. I don’t think that puts him in a position that I want to put him in.”

The Magic were looking for their first win in seven games in their Friday night matchup with the Eastern Conference-leading Boston Celtics. Unfortunately, their search for the win came a little bit short.

The Celtics came away with a 118-103 win to hopefully spark a new winning streak after it came to end against the Heat on Wednesday night.

The Magic had a promising start to the season, but the players they have relied on in the early goings haven't been as reliable in the last two weeks.

Aaron Gordon had 11 points, seven boards, a steal, and an assist in the loss. Gordon, one of the Magic's better players, shot 2-of-10 from the field, but shot 7-of-8 from the line.

Nikola Vucevic and Elfrid Payton both scored 12 points, with Vucevic notching the double-double with 11 rebounds.

Jonathon Simmons had 14 points off the bench, and Marreese Speights added 12.

For Boston, Kyrie Irving continued his torrid stretch with 30 points on 9-of-15 shooting.