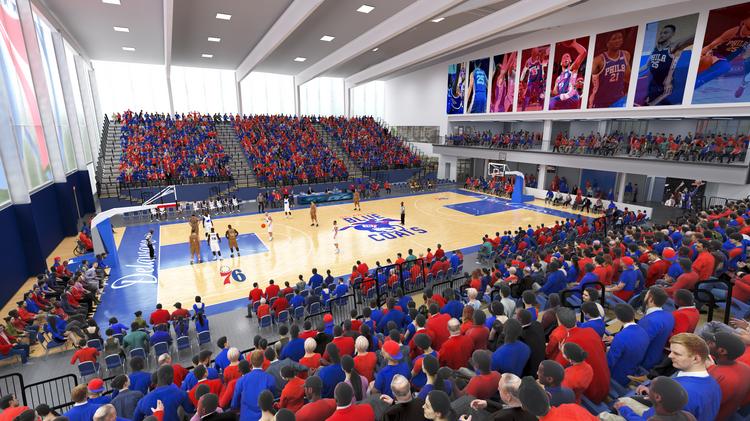 Just a few weeks ago, the Philadelphia 76ers named Elton Brand as their new general manager. Brand had previously served as the general manager for the Sixers' G-League affiliate, the Delaware Blue Coats. With Brand now running things in Philadelphia, Delaware has announced that Matt Lilly will be promoted to interim general manager. Shams Charania of The Athletic was the first to report the news.

“I’m excited for the opportunity to serve as interim General Manager of the Delaware Blue Coats,” Lilly said in the Blue Coats official release. “I especially want to thank Elton Brand and his staff for their support. Elton’s been an incredible mentor to me, and his professionalism and ability to lead have been truly impactful on my career. Being able to interact daily with someone with his perspective, as a former player, has been invaluable to me. With a new head coach in Connor Johnson and a new home at 76ers Fieldhouse in Wilmington, it’s an exciting time for the Blue Coats. I look forward to growing our program both on the court and in the community.”

Lilly gets elevated from the role of director of basketball operations and scouting. He has been with Philadelphia's G-League affiliate since October 2015. Here's what Elton Brand had to say about Lilly's promotion:

Elton Brand on Matt Lilly promotion: “I’m very excited for Matt as he assumes the role of interim General Manager for the @blue_coats. He is a bright, young basketball mind that I worked closely with during my time in Delaware and I’m thrilled that he’s earned this opportunity."