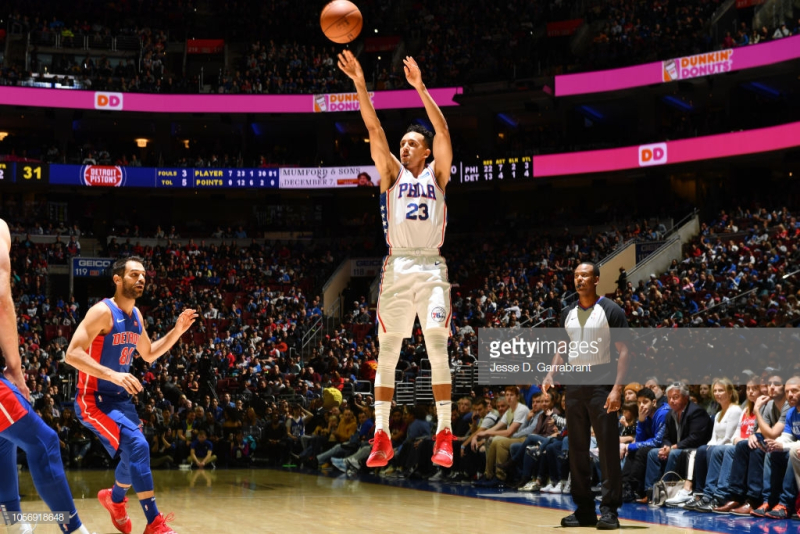 The 76ers' (7-5) struggles on the road in the early going has been apparent.

With just a 1-5 record so far away from home, the quality of play has been lackluster at best, with careless turnovers and the inability to finish games combining for the two most glaring problems.

Poor defensive efforts have resulted in a 25-point blowout loss to the Brooklyn Nets this past Sunday, a 17-point loss in Toronto on Oct. 30, and of course the 18-point loss to the Celtics to open the season.

A 15-point loss in Milwaukee has given the Sixers an 0-3 clip on the road against the only three Eastern Conference teams ahead of them in the current standings.

Add a devastating one-point overtime loss in Detroit without Ben Simmons on Oct. 23 that featured Blake Griffin putting up 50 points and 14 boards, and it's clear to see that the road has not been kind to the Sixers through five of their first six games.

But there is some hope for turning it around in games away from the Wells Fargo Center. An 18-point performance for the struggling Dario Saric helped earn the first road victory against the Pacers on Wednesday night.

Without Joel Embiid being dominant, the victory in Indiana should give the Sixers some sense of stability going forward.

With the emergence of Landry Shamet (39.6 percent) and Robert Covington (41.4 percent) shooting well from beyond, the addition of Saric playing the way we have all come to expect from him, adds a different scheme to the offense that was missing in the previous games against the Celtics, Bucks and Raptors.

With Covington, a newly inspired Markelle Fultz, Shamet and the always steady JJ Redick, Embiid and Simmons are able to share the ball with shooters who are consistently making their shots, which is key in earning steady victories on the road.

This new dynamic to the offense is vastly different from that of four weeks ago on opening night, when the pounding by the Celtics proved that this current 76ers squad is far from being atop of the Eastern Conference come playoff time.

After Friday's home game against Charlotte, the team has a three-game road trip, starting with the improved Grizzlies (6-4) on Saturday night, the Heat (5-5) on Monday and the Magic (4-7) on Wednesday.

A winning stretch over the next week could help raise the Sixers spot in the standings.

They are currently fourth in the East, four games behind the Raptors (11-1), who have the best record in the NBA going into Friday's games.