Eagles Flyers Phillies Sixers About Us Write For Us
Butler on Fultz: 'He's got everyone in his corner here'
Report: Phillies Could 'Out-Boss' Yankees, 'Destined' to Sign Multiple Top Free Agents 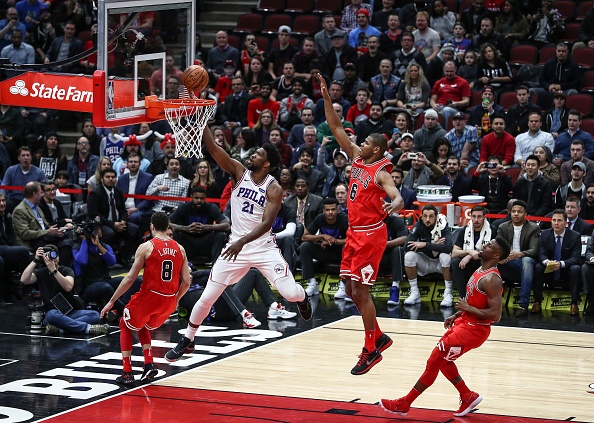 If the Sixers (11-7) are truly title contenders this season, their upcoming seven game stretch over the next two and a half weeks is critical.

With a favorable schedule, which features six of the next seven games at home, the Sixers need to add to their current two-game winning streak before they get a second crack at the Raptors on Dec. 5 in Toronto.

Starting tonight at home against Phoenix (3-12), the Sixers should be on a roll when they go up north to face the Raptors, this time with their big three of Joel Embiid, Ben Simmons and Jimmy Butler intact.

Over the next 16 days, they play only two teams in Memphis (10-5) and the Pelicans (9-7) with winning records, both of which are at home, where the Sixers are a perfect 8-0 this season.

In addition, this upcoming stretch features no back-to-backs and games against the Knicks, Cavaliers, Nets and Wizards, who are all a combined 18-46.

Beyond just having a rather soft schedule, these next seven games will be crucial in Butler’s development within the offensive and defensive schemes, as well as getting the roster more comfortable playing alongside him.

But even more so, these next seven games will serve as the Sixers’ first real chance so far this season to put the conference and the rest of the league on notice.