Eagles Flyers Phillies Sixers Union About Us Write For Us
Broussard on Embiid, Simmons: 'They don't work that hard'
Flyers Hire Chuck Fletcher as New GM 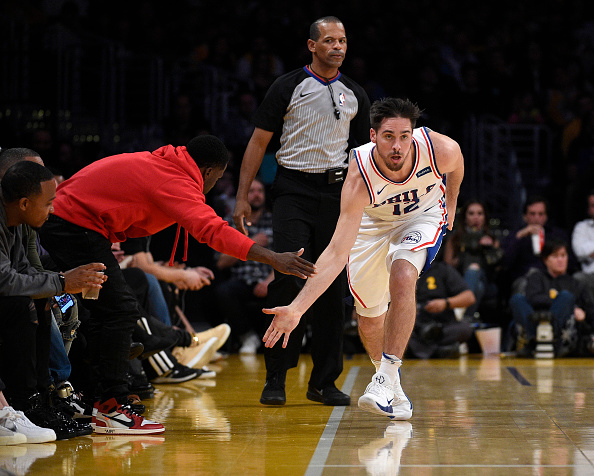 The Sixers (17-8) went 6-1 on their most recent seven game stretch and have pulled within three and a half games of Toronto for first place in the conference heading into Wednesday's match-up with the Raptors.

With four straight wins and eight out of the last nine, the Sixers have put themselves in a terrific position moving forward in the Eastern Conference --  on pace for 56 wins, which would tie for their best record in 18 seasons.

Behind Joel Embiid's 33 points and 17 rebounds, the Sixers beat the Suns 119-114 on Nov. 19, which featured the homecoming of former Villanova standout Mikal Bridges and a match-up between Embiid and  the 2018 No.1 overall pick DeAndre Ayton.

Embiid shined yet again on Nov. 21, as he scored 31 points and grabbed 19 rebounds, while outplaying fellow superstar Anthony Davis (12 points, 16 rebounds), who missed a game-tying free throw in the final seconds to give the Sixers a 121-120 victory over the Pelicans.

After suffering their first home loss to the struggling Cavaliers on Nov. 23, Jimmy Butler hit a game-winning step back 3-pointer with less than a second left in regulation on Sunday Nov. 25 to give the Sixers a 127-125 victory over the Nets. This was Butler's second game-winning shot, as his first game winner beat the Hornets 122-119 in overtime in mid November.

The important seven game stretch ended last night with a 103-95 victory over the much improved Grizzlies, who are 13-9 and in first place in the Southwest Division. The Sixers' home record is now 13-1, which is tops in the NBA this season.

With the match-up in Toronto looming, the Sixers did what needed to be done in the previous seven game stretch to put themselves in position to potentially overtake the Raptors in the Eastern Conference as the season continues.

Holding their last three opponents to under 100 points should give the Sixers some confidence heading to Toronto, as they are 6-0 when holding teams to under triple digits. In addition to the suffocating defense, the Sixers have been getting stellar play from their bench, as Mike Muscala (started against Memphis for Wilson Chandler), TJ McConnell, Furkan Korkmaz and Landry Shamet have all contributed quality minutes in the previous seven game stretch.

With a home and home series with the Pistons, and two home games against the Nets and the Oladipo-less Pacers upcoming, a victory against the Raptors could serve as an accurate barometer as to just how serious a contender the Sixers are.